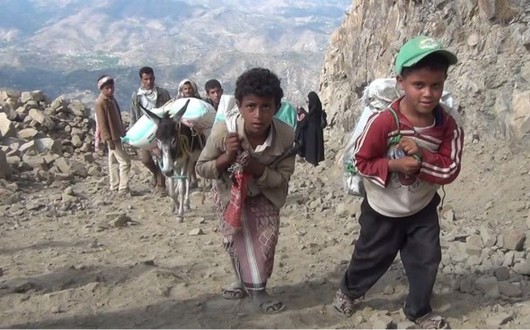 
The United Nations World Food Program (WFP) has warned that 13 million Yemenis are at risk of starvation and a lack of funding for humanitarian aid due to the protracted war waged by the Saudi-led coalition on Yemen.

WFP’s Executive Director, David Beasley, stressed that Yemen is “in a very bad situation”, with more than 40% of the population dependent on food supplies from the program, noting that the program provides food to about 13 million people in a country of 30 million people.

Beasley pointed out that the WFP was forced to halve food rations for eight million Yemenis due to the lack of funding. “Maybe we will reduce it to zero,” he asserted. “What do you think will happen? People will die, it will be disastrous.”

Since the start of the epidemic, more people are facing the threat of starvation globally, which puts more pressure on the WFP, he explained.

He added that 285 million people around the world are now at risk of starvation, making it even more difficult to meet Yemen’s needs.

“We have twice as many people struggling around the world right now, so what am I going to do for the children in Yemen?” Beasley wondered. “In Yemen, these children and these families have paid the price long enough for the war they are in. It’s time to put an end to this war.”