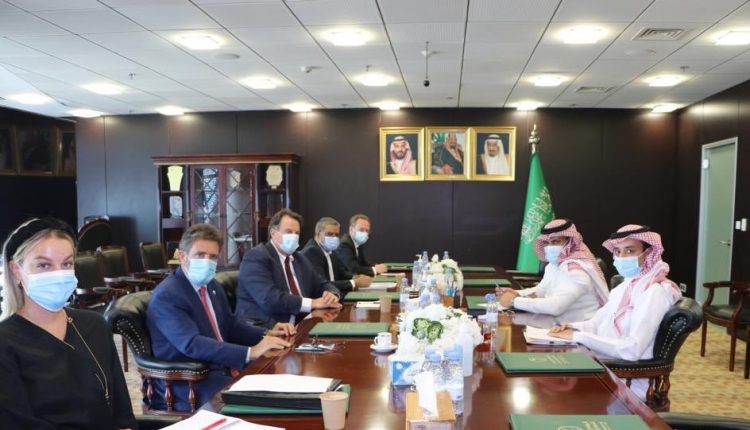 
The coalition rejected on Monday, a UN proposal to lift the siege, which exacerbates the humanitarian suffering in Yemen, after nearly seven years of war and siege led by Saudi Arabia.

The coalition spokesperson, Turki al-Maliki, said in a press statement that Sana’a airport and Hodeidah port are used to launch missiles and drones, these are the same allegations that the coalition has been making since the start of the siege on Yemen years ago. The coalition’s statements came after a meeting between the Humanitarian Coordinator in Yemen, David Grisley, with the Saudi ambassador and Yemen’s file official, Muhammad Al Jaber.

Saudi media reported that the meeting touched on ending human suffering, in reference to the endeavors led by Grisley since his meeting with the international envoy to Yemen, Hans Grodenberg, and the agreement to start a path to end the war.

Grisley who started his tour from Saadah during his visit to a prison that the coalition bombed it weeks ago, promised to bring the suffering of preventing fuel ships from entering the northern regions to the Security Council table. He had also visited Aden, where he was able to persuade Hadi government to allow two ships belonging to the World Food Program.

Al-Maliki’s statements regarding the airport and port, which are bombarded from time to time, pointing out that the coalition takes the launching of missiles and aircraft as a justification for closing both land and sea ports, and take them as a bargaining chip, in light of the Saudi media’s talk about Ambassador Al Jaber’s request to stop Sana’a operations, in exchange for opening these important humanitarian corridors for millions of Yemenis in the areas controlled by Sana’a.