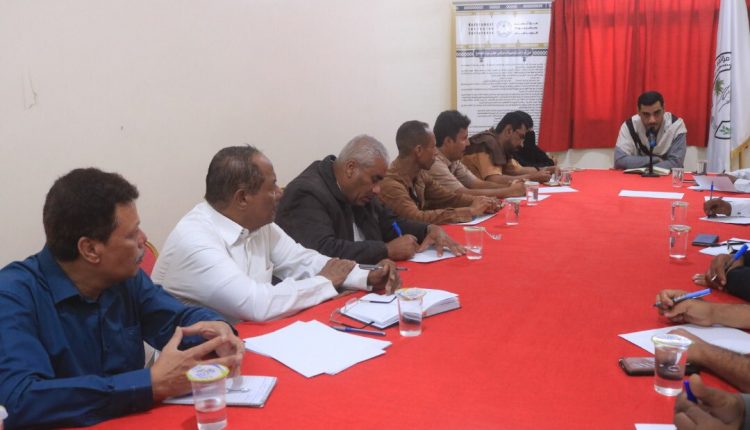 
Hadhramaut Conference, the most important political and social forces in Hadhramaut, announced, on Sunday, the decision of dissolving the authority of Governor Faraj Al-Bahsani and cut the way for UAE-backed forces to penetrate the oil plateau.

Akram Nassib, a spokesman of the inclusive conference headed by Amr bin Habrish Al Kathiri, the first Undersecretary of Hadhramaut province, the inability of the security and military authorities in the valley and the desert prompted the conference to take steps to consolidate the control of Hadhramaut sons over Alwadi and the desert.

The leadership of the inclusive conference, which is against the escalation of the transitional, was gathered in a meeting held in Seiyun today on the reality of the escalating tension between the forces, with the announcement of the transitional on opening up the recruitment doors to bring down these areas rich with oil and gas.

The inclusive conference announcement that to dissolved the semi-independent authority from the administration of Al-Bahsani governor in the coast comes in anticipation of Saudi trends and Emirati pressures to dismiss Hadhramaut governorate’s undersecretary for alwadi and the desert affairs, Issam bin Habrish Al-Kathiri. It is a step that may confuse many papers, the first of which is on the transitional who seeks to recruit Hadramis to bring down the most important areas of their wealth to support the centers of tribal and military influence led by Ibn Habrish in this region.

The announcement in itself constitutes an end to the authority of Governor Al-Bahsani, who was trying, through the transitional, to restore his authority there in light of the STC’s demands to expel the first military region and hand over security tasks to Hadrami elite.

IFJ Calls on Coalition to Release Journalists from Prisons