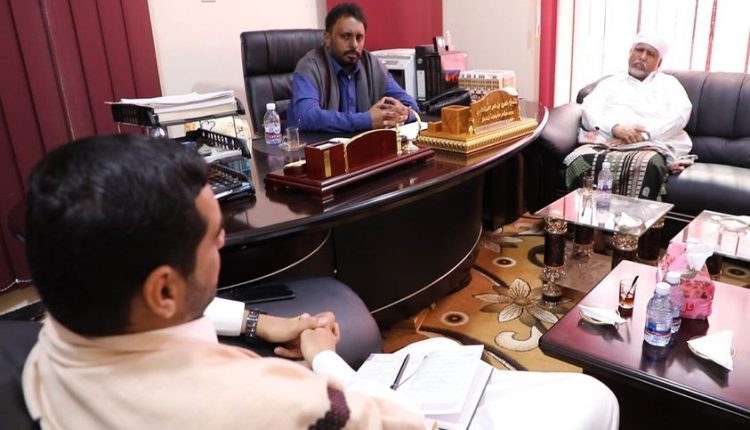 
Amr bin Habrish, head of Hadhramaut Inclusive conference and the Tribal Alliance, threatened to escalate the coastal areas affiliated with UAE, and that was his first response to the agreement of the governor and the popular escalation committee, which stipulated the continuation of the blockade in the oil plateau.

Bin Habrish held a meeting for his deputies, during which he confirmed the arrangement for a large meeting in Mukalla, to lead Hadhramout Inclusive Conference, indicated that the meeting will take place on Wednesday, it will be devoted to discussing what it described as developments in the province.

After three days of negotiations, the two parties reached an agreement of 26 items, all of them included demands to empower the Governor Al-Bahsani and to fulfill the demands of the pro-Emirati factions, and concluded by announcing to lift restrictions on the passage of fuel locomotives to the districts of Hadhramaut coast by the escalation committee and prevented her from entering the valley and the desert districts.

Hassan Al-Jaber, head of the Escalation Committee, said in a press conference held today in Mukalla that the committee will not raise its points until Hadi government and head of “legitimacy” authority agree to their demands and the agreement that was reached.

He also indicated that they would not allow the passage of fuel locomotives in light of Hadhramaut undersecretary of Valley and Desert Affairs, Issam bin Habrish Al Kathiri, raising the implementation of a previous agreement with tribes loyal to the transitional.

The most prominent of what was stated in the agreement of the province and the tribes loyal to the Emirates, the formation of a 3,000-strong tribal force and the unification of the military region in Hadhramaut, in addition to establishing an oil refinery and a gas plant and selling fuel at a price of 4100 riyals per bear, in addition to establishing two power stations and paying the debts of Hadhramaut province, and obligating oil companies to raise the share of Hadhramaut coast.

The agreement indicates that STC, which announced its support for the second Hadrami force, is trying to attract the governor, in light of the failure of his efforts to change him, a move that may deepen divisions in the oil province. It may push for the independence of the oil plateau, which local and regional parties had previously proposed to the war sponsors regionally and internationally.