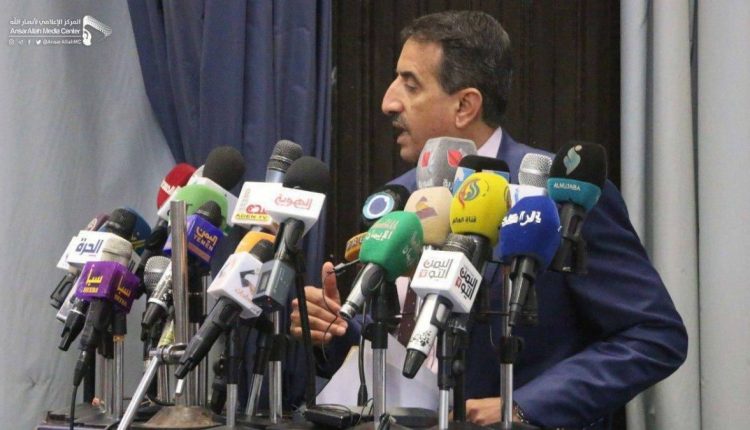 
The Ministry of Human Rights celebrated International Human Rights Day on Tuesday with an event under the slogan: “The World Celebrates While Yemen is Under Bombardment and Siege.”

“We have not seen any respect for human rights in most countries, and we in Yemen suffer the most from violations, especially in the continued siege of Yemen by the countries of aggression,” Deputy Prime Minister of Sana’a government, Lieutenant-General Jalal al-Ruwaishan said in a speech during the event.

Al-Ruwaishan considered that “interests still dominate over the concept of rights within the corridors of the United Nations.”

“The United Nations was established to take care of the interests of the great powers and the arrogant countries,” he added.

“This day called International Human Rights Day represents the biggest historical lie because it was established in the year of the Palestinian Nakba, and the United Nations does not know any meaning of human rights,” al-Ruwaishan added.

He pointed out that the victors in the Second World War were the ones who laid these principles and foundations and decided to formulate them on the basis of their own personal interests.

For his part, Acting Minister of Human Rights Ali al-Dailami said that “celebrating this day comes in the light of continued UN silence and complicity in the escalation of the US-Saudi aggression in its crimes, especially its recent escalation on Sanaa and other provinces.”

“Americans are calling for renewal, but they are at the head of the perpetrators of war crimes in Yemen. The US has disrupted international humanitarian law and is the most countries selling prohibited weapons and violating international covenants and treaties,” al-Dailami added.

He held the United Nations fully responsible, because it has encouraged the Americans to commit more crimes.

“The United Nations celebrates this day on base of the idea that all humans are equal, but it does not consider Yemenis as human beings,” he added.