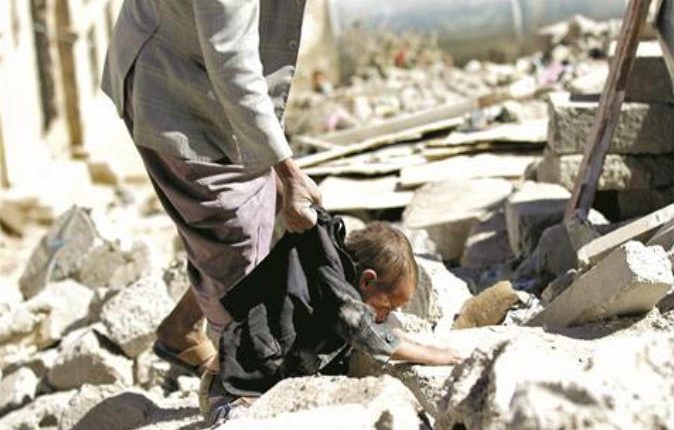 
The Ministry of Human Rights of rescue Government in the capital, Sana’a, renewed on Monday, it’s holding the United Nations fully responsible for the escalation of the Saudi coalition and its forces against Yemeni civilians and state institutions.

In a statement issued by the ministry, Human Rights said, “The continuation of the coalition countries led by America and Saudi Arabia, around the clock, to target civilians and civilian objects in various provinces confirms that they do not want to bring peace and security to Yemen or the region.”

The statement indicated that the escalation of the Saudi coalition has left casualties among civilians and the destruction of civilian objects, the last of which were crimes committed in Taiz, and villages in the districts of Monabbih, Shada and Al-Zahir in Saada, and the neighborhoods of Al-Nahdha and Al-Anab in the capital secretariat.

The Ministry of Human Rights confirmed that the continued crimes and siege of coalition countries and its forces on the Yemeni people, is a flagrant violation of all international laws, resolutions and treaties.

The statement called on the United Nations and the Security Council to maintain international peace and security from any threats that destabilize the security of the whole world, and work to activate the provisions related to respecting national sovereignty, and respect diplomatic relations between countries.