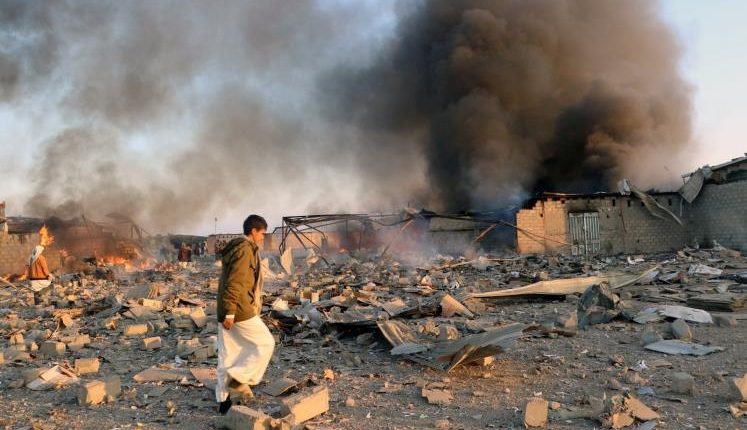 
A citizen was killed and three others were injured on Tuesday in artillery shelling by Saudi enemy on borders areas of Sa’ada province, a security source said.

The source explained that the Saudi artillery shelling targeted the border district of Sheda, which led to the killing of a citizen and the wounding of three others.

on Monday, A citizen was killed and 10 were injured, including African immigrants by the Saudi army’s fire in the districts of Shada and Munabeh, Sa’ada province, according to security official in Sana’a government.

The Saudi army targeted the main road in Shada district with artillery, killing a citizen and injuring two others, said the official.

The official indicated that the Saudi continued to target Al-Raqw area in the Munabeh district, injuring three citizens and five African migrants.

The official denounced the escalation of the Saudi enemy in targeting civilians and residential areas, with a clear intention to shed blood and harm citizens.