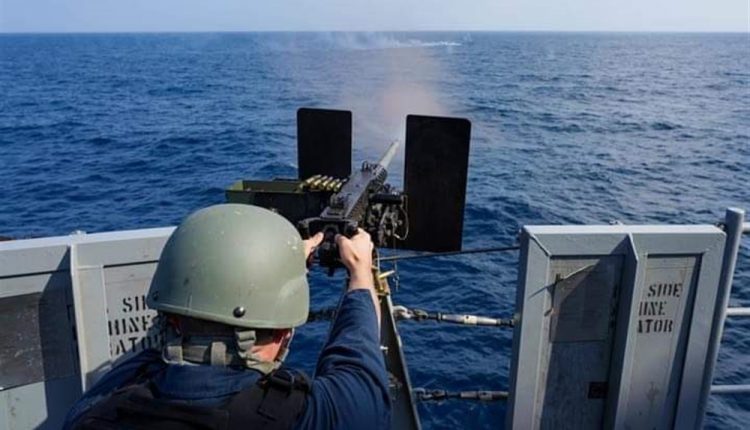 
An American newspaper revealed on Wednesday, the motives of reducing America escalation with what it described “Houthis,” in conjunction with announcement of US Navy, the maneuvers that were expected to be conducted in Red Sea with regional participation limited to be in the Gulf of Aden only.

Wall Street Journal indicated that America, which escalated its speech toward Sana’a during the past few days, is trying to calm down after receiving several slaps from “Houthis”, it explained that it is now seeking to restore her embassy in Sana’a and release her employees there.

US Navy had announced in a statement a short while ago the continuation of its military exercises in Aden Gulf, with the participation of US units, in a retreat from the maneuvers launched last week with the participation of Israel, UAE and Bahrain, it was expected that it would also include the Red Sea, according to a previous statement by US Navy.

These developments indicate that United States, which Wall Street newspaper revealed that it discussed plans to support Saudi escalation on Yemen by directing air strikes, at the request of the Kingdom, which is facing a severe defeat in Marib, with the balance tilted in favor of “Houthis” in the city, has become stuck in Yemen.

Arrangements for Transfer of Hadi’s Former Defense Minister to Oman