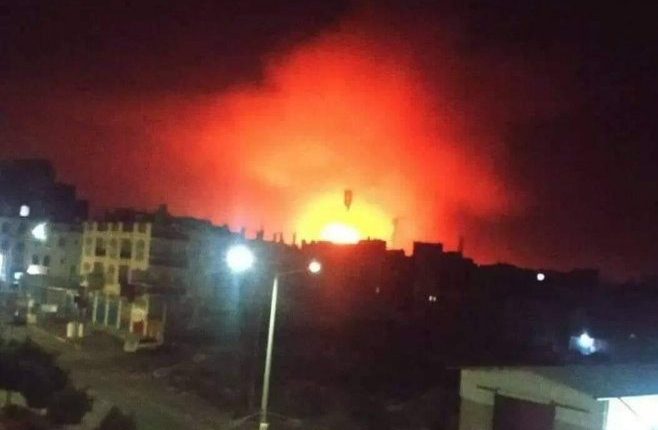 In Saada, the coalition warplanes launched two airstrikes on the district of Sihar and another airsick on Harf Sufyan district in Amran province, northern Yemen.

The coalition’s raids caused heavy damage to civilians’ properties, according to the official.

Al-Masirah TV satellite channel broadcast on Thursday scenes documenting the extent of damage to citizens’ properties due to the Saudi-led coalition airstrikes on the capital, Sana’a, at dawn today.

The coalition raids on Sana’a and a number of provinces reveal a state of hysteria and confusion the coalition live over the impact of field military developments and missile operations in the Saudi depth and on the fronts of Taiz and Marib.