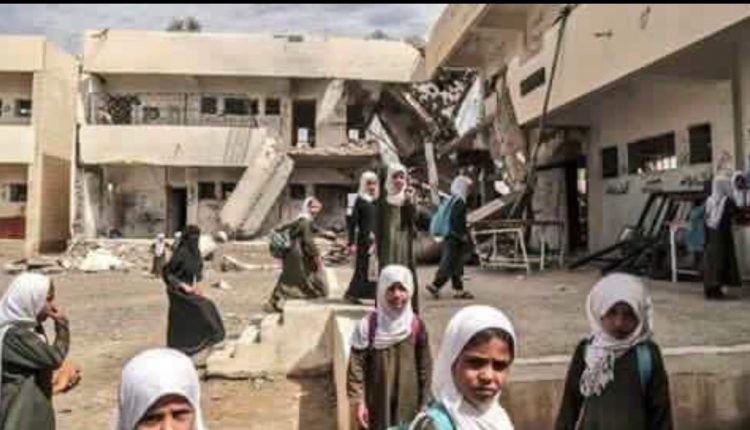 
More than two million Yemeni children are out of school this year, due to the Saudi war and siege that has been going on for seven years, a UN report confirmed, indicating that more than eight million other children need help.

“Two million school-age girls and boys are out-of-school in Yemen. Without proper support, these children may never return to school, perpetuating a cycle of poverty and increasing the risk of exploitation and abuse,” the Office for the Coordination of Humanitarian Affairs (OCHA) wrote on Twitter.

For her part, the head of the International Organization for Migration (IOM) mission in Yemen, Christa Rottensteiner, said that children in displacement shelters are unable to go to school, in light of the continued war and siege.

She added that her organization is making efforts; In order to provide support in this regard, but it considers itself like a point in a large ocean, as the situation requires greater efforts.

UNICEF officials in Yemen clarified that the organization’s strategy for humanitarian action in Yemen stems from its core commitments towards children during humanitarian work, pointing out that it has harmonized its strategic objectives and operational response plans for the bloc, in line with the humanitarian response plan for Yemen for the current year.

UNICEF called on the coalition and its allies to not impede humanitarian access and to continue focusing on ensuring the availability of basic social services for the most vulnerable groups, including the displaced and other affected populations; Because of the continued war and siege.