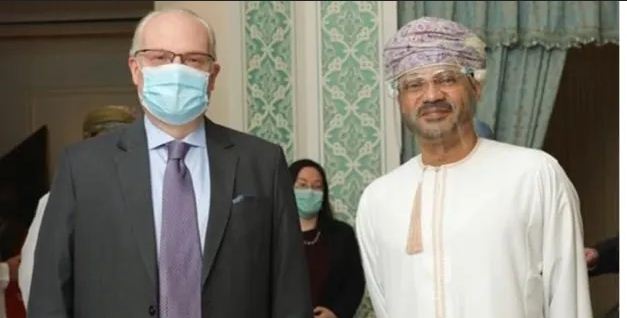 
The United States officially admitted on Saturday, the failure of its military and diplomatic efforts to prevent the fall of Marib city, the last strongholds of the pro-coalition factions in northern Yemen. At a time when its media began discussing the effects after the city fall and the options available to prevent “Houthis” from entering the Kingdom.

On the political front, the US envoy to Yemen, Tim Lenderking, announced his official failure to make any new breakthrough, despite his proposals to Sana’a where Sana’a had been stipulated it before the recent gains in Marib.

Linderking said in a statement published by Asharq Al-Awsat newspaper that his country is currently counting on an initiative of UN envoy to Yemen, Hans Grodenberg, which is expected to be presented soon and includes an expansion on the initiative of former UN envoy Martin Griffiths, he also indicated that his country would return to imposing sanctions on those he described as “supporters” of Al-Houthi.

These statements come the day after Lenderking concluded a new shuttle tour that included several countries in the region, among them the Sultanate of Oman, where Sana’a delegation resides in. The US State department had preceded it by talking about items that its envoy would focus on, including the opening of ports and airports in “Houthis” areas, and oil revenues in Hodeida port. In addition to Islah of Maeen government, hinting at its efforts to unify resources to disburse the salaries of employees, all of which are indications on the failure of the American envoy who organized dozens of tours, in the region since his appointment last February, and he has not achieved significant progress.

On the military front, the deal to sell American medium-range missiles to Saudi Arabia considered an American attempt to re-strengthen the kingdom’s defenses with the rising fears of an incursion into the depths of the Kingdom, according to an analytical report published in the new issue of “Foreign Policy” magazine.

or US foreign policy, noting that the fall of Marib in the hands of what it described as “Houthis” would constitute a new turning point in the region, the most dangerous of all is the incursion deeply into Saudi territory.

The magazine indicated that the options available to confront these repercussions are limited and non-existent, the most prominent of these is an American military intervention, which will granting the United States the guardianship over the region extending into the Red Sea and Bab al-Mandab, and it is a high price that Saudi Arabia will pay, which is trying to expand there as part of its goals for the war on Yemen.

Not to mention its strategic dimension due to its ports overlooking the Red Sea.