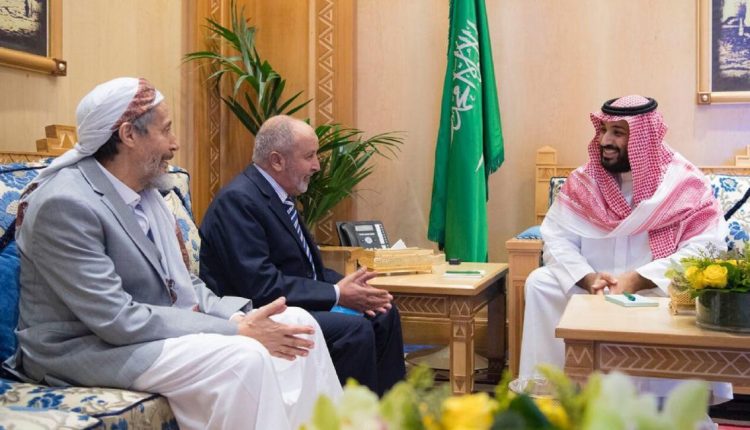 Islah and Saudi Arabia at Crossroads


The Saudi Cabinet revealed, on Tuesday, his country’s conviction that it is impossible to achieve victory in northern Yemen, with the approach of “Houthis” control on Marib, the last stronghold of the loyal factions.

This came in a statement issued by a meeting chaired by Salman bin Abdulaziz, King of Saudi Arabia, and focused on its content to emphasize his support for “restoring the state.” Referring to the slogan raised by STC in southern Yemen, it calls for the restoration of what was known as the Democratic Republic of Yemen in the south of the country.

The statement stressed on the need to implement Riyadh Agreement as a way out of security and stability referring to being the last resort of what remains from “legitimacy” and insinuating her to engage under the mantle of the council calling for secession.

The Saudi statement came at a time when the Kingdom began evacuating its forces from the regions of southern Yemen, the last of which was Shabwah province, which is disputed between STC and “legitimacy” amid indications of a battle that STC will pay for with Emirati support and the support of Tariq Saleh to control what is left from “legitimacy” in the eastern regions of the country.

The secession of southern Yemen is the last card of Saudi Arabia, during its management to Yemen for decades; it used a strategy of turning the north against the south and vice versa. It is an indication to the military defeat of Saudi Arabia, and his attempt to pressure on the separation paper to achieve some gains, even to save her face.

For its part, Islah party, the wing of Muslim Brotherhood in Yemen, escalated on Tuesday against Saudi coalition in its war on Yemen, which was the most prominent pillar of it during the past years, in conjunction with continuing to arrange its status and rules, in a move described as arrangements to disengage from Saudi Arabia after decades of exclusive agency.

Walid al-Fadhli, one of the most important sheikhs of Abyan and son-in-law of Ali Mohsen, leader of the military wing of Islah, joined the party’s sheikhs in Marib by criticizing the alliance, announcing his failure and betrayal to the loyal factions, in a statement to his office, Al-Fadhli denounced Saudi Arabia’s silence towards the fall of Marib city, the last strongholds of the factions loyal to coalition in northern Yemen.

A statement by the parties loyal to coalition, published by Islah and denied by the conference, accused the coalition of mismanaging the battle against “Houthis” and abandoning support for its factions.

These statements come at a time when the Undersecretary of Hadi’s Information Ministry, Sam Al-Ghubari, revealed arrangements for a speech by Ali Mohsen, Hadi’s deputy, observers considered it a “farewell sermon.” These developments come at a time when the party, through the commander of its electronic army, Anis Mansour, acknowledged international and regional arrangements to hand over “legitimacy” to Tariq Saleh, the leader of the pro-Emirati factions, and the nephew of the former president, Mansour said that Saleh’s military and political wing was able to persuade regional and international countries to empower him in return for implementing their agenda in Yemen.

It also comes at a time when the party continues to arrange its position inside and outside Yemen, where the Deputy Foreign Minister in “Houthis” government, Hussein Al-Ezzi, spoke about contacts with leaders in the party, to arrange the situation of Marib city, which is surrounded by Sana’a forces from several directions, while the party threw all its weight in the Yemeni community elections in Turkey, in order to secure the future of its leaders from the first row there.

In conjunction with the withdrawal of its forces in Shabwah, the most prominent stronghold of Islah in southeast Yemen, the Saudi newspaper “Al-Sharq al-Awsat” published a report about Saghir bin Aziz, chief of staff in Hadi’s forces, and the most prominent men of Emirates, it includes an interview conducted by the newspaper early last month, following the bombing of his house in the center of Marib city.

What draws attention in the report is Saudi Arabia’s attempt to market bin Aziz as his hero by invoking his fight against those you described as “Houthis,” from Amran to Marib, in addition to publishing excerpts from an interview, in which he was attacking “Islah” he explicitly accuses Islah of emptying Marib from fighters by transforming them to the fronts in reference to the reinforcements that “Islah” transfer it to support their fighters in Shabwah and Abyan fronts against the Transitional Council.

The Middle East report coincided with the circulation of videos by Saudi writers close to intelligence, which were broadcast by the military media of Sana’a, it shows large quantities of equipment and weapons that his forces seized during the battles of Al-Jawf, Marib and Nihm. In an attempt to respond to the accusations of Al-Islah leaders against Saudi Arabia after arming them, in addition to displaying tens of thousands of air raids in which the coalition forces supported the “Brotherhood” factions. In the context, Emirati media and activists revealed that the coalition’s decision to withdraw from Shabwah came after discovering a betrayal plotted there.

In reference to the fears of his forces being targeted there by the “Brotherhood” factions, noting that there are extensive arrangements to strike Islah in Abyan, Shabwah and Hadhramaut, in coordination between forces of Tariq Saleh, the leader of the pro-Emirati factions on the west coast, and STC forces in the south, as Amjad Taha, a well-known Emirati journalist said.