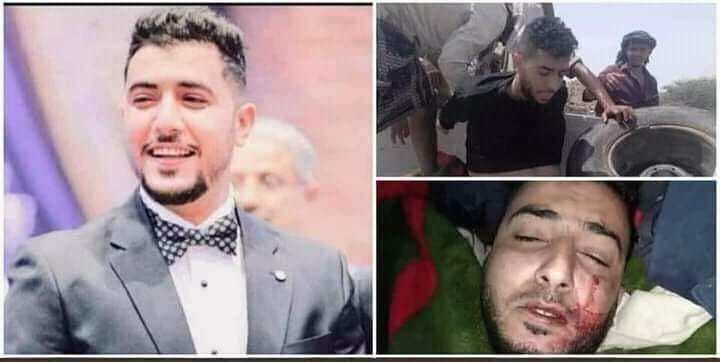 AbdulMalik Al-Sanabani, an expatriate in US decided to return to his country, Yemen, while Sana’a Airport is closed, he had to return from Aden Airport.

He was arrested and tortured to death by US-UAE-Saudi-led mercenaries in Tur Al-Baha district.

Members of security checking point of the 9th brigade thunderbolt in Tor al-Baha arbitrarily arrested the expatriate Abdul Malik Al-Sanabani, because he owned some dollars after searching him and they took pictures for him before transferring him to an unknown place.

According to the sources, a number of al-Sanabani’s relatives went to the camp of the 9th Brigade, where officers informed them after insisting that he was in the refinery hospital in Aden, but when they reached him, they informed them of his transfer to al-Jumhuriya Hospital.

When they arrived to the hospital, they found him a dead body with gunshot wounds and signs of brutal torture on his body.

The crime provoked widespread condemnation and anger among the Yemenis.

This is the second crime in two months where the Yemeni expatriate in Germany Fahad Ali Riachi, escaped a similar fate, after being subjected to a similar arbitrary arrest upon his arrival at Aden airport by the STC due to a regional problem with a colleague from Dhalea province.