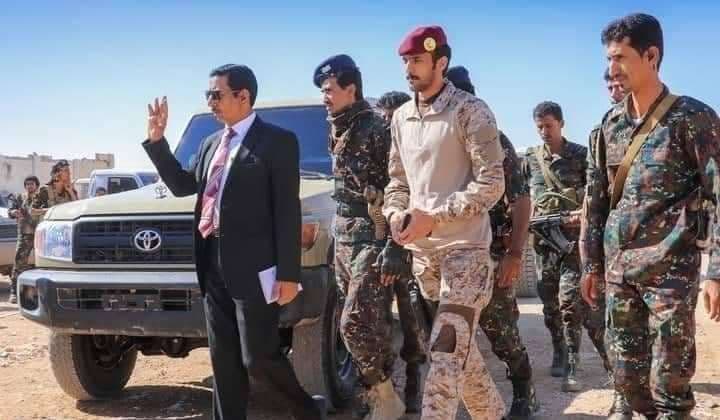 
Several Saudi officers on a military plane arrived on Monday at the Balhaf gas facility in Shabwa province, YPA reported.

The local sources said that the Saudi officers would lead a mediation between the leadership of the UAE forces and the authorities of the Islah party in the province, in order to evacuate the gas facility.

Political observers considered that Saudi Arabia, whose forces stationed at the airport in Ataq, the capital of Shabwa, is heading for the UAE’s participation in the Balhaf gas facility, similar to sharing influence with Abu Dhabi on the Yemen’s Island of Socotra.

On Sunday, tribes from Abyan province, south of Yemen, announced their participation in the open sit-in organized by a number of tribal sheikhs in Shabwa, in front of the Balhaf facility and its evacuation from the Emirati forces, which have been present since the end of 2016.

A consultative meeting committee for the Abyan tribes, headed by Sheikh Walid bin Nasser Al-Fadhli, affirmed the importance of moving with the Shabwa tribes to restore the Balhaf gas facility, considering that the facility represents a sovereign position and an essential tributary in improving the national economy of Yemen.

Sana’a Accuses IMF of Dealing According to Political Agenda