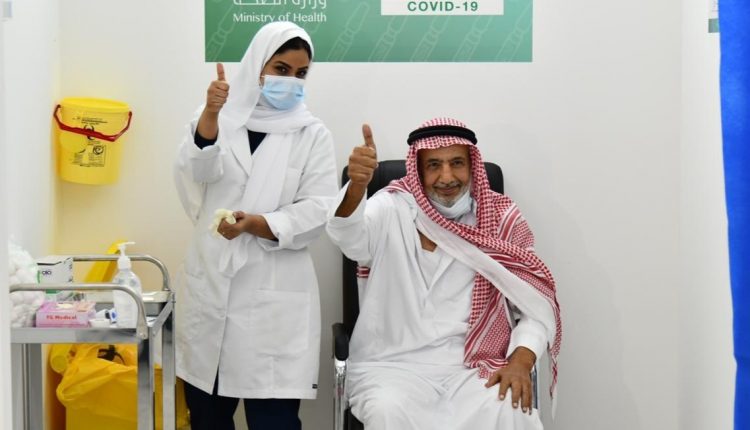 
A human rights organization revealed on Wednesday, a Saudi move that it described as “racist” towards Yemenis, in a move that reveals more aspects of Saudi hostility, which has been leading a war and siege on Yemen for seven years under the pretext of “restoring legitimacy.”

Sam Organization for Rights and Freedoms, which is based in Aden stated in a statement, that it had received complaints from several Yemeni families residing regularly in Saudi lands, that Saudi prevents her from getting Corona vaccine.

Among the cases monitored by the organization is an expatriate in Jazan, where schools refused to receive his daughters on the pretext that they did not receive the second dose of Corona vaccine, he indicated that he had reserved a seat at Jizan University Center in huge amounts before he was shocked with racist terms by the center’s officials, during his arrival at the headquarters to obtain the second dose, informing him on directives to prevent Yemenis from obtaining Corona vaccine on Saudi soil.

Saudi Arabia had launched a campaign weeks ago to expel Yemeni workers as part of a strategy that aims to plunge Yemeni families that depend on expatriate remittances into the quagmire of famine, as part of a war and siege it has been leading since March the year 2015, during which it failed to achieve its gains, which prompts it to search for alternatives to pressure in order to pass its agenda.

Sana’a calls for Speedy Implementation to Outcomes of Security Council