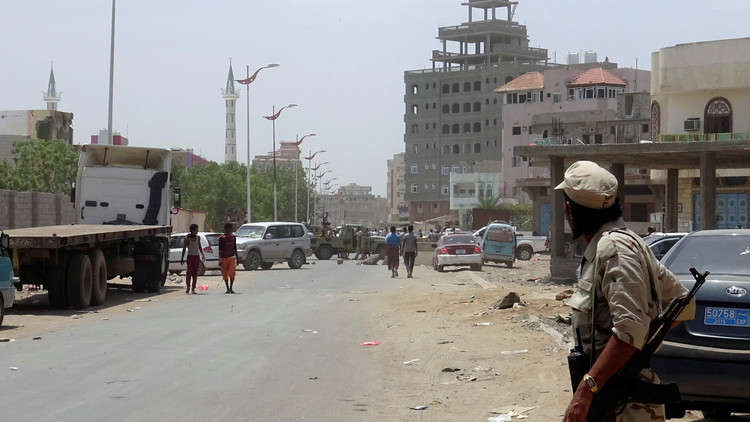 
The Media Center for the Southern provinces has confirmed that the rate of organized crime in the provinces under Saudi control has reached extremely high levels during the period from April to July 2021.

The Center monitored 1,491 crimes and violations, showing the state of wide insecurity in the southern provinces, which is threatening the rights of citizens.

According to Sana’a-based Yemeni News Agency Saba, the center stated in the statistics that among the crimes and violations there were 80 assassination crimes in Aden, Lahj, Hadhramaut, Shabwah, Dhalea and Mocha.

It pointed out that 95 assassination attempts were reported against activists and military and civilian leaders in the provinces of Aden, Lahj, Abyan, Shabwa, Socotra and Dhalea.

For several reasons, most notably due to the escalation of the conflict between the Emirati and Saudi loyal forces, the total of extra-legal arrests rose to 347.

In light of the spread of armed robbery crimes on state and private lands and property, the recorded crimes of armed robbery amounted to 265, 178 of them being organized robberies, in Aden, Lahj, Abyan and Shabwah.

Due to the total inability of the security authorities in Aden to protect the rights and property of citizens due to the involvement of military control of Saudi-backed forces, the documentation archive in the State Lands and Real Estate Authority in the city of Aden was subjected to arson last week, with the aim of destroying evidence and records.

According to the statistics, 63 kidnappings were recorded alongside 24 enforced disappearances in Aden, Abyan, Lahj, Shabwah and the West Coast, of which more than 40 are still being held in UAE-controlled secret prisons.

The total amount of attacks that targeted peaceful popular protests against violations and the collapse of the national currency exchange rate, has meanwhile amounted to a total 115 attacks.

Sana’a Seized 1,627 Crimes Within a Month