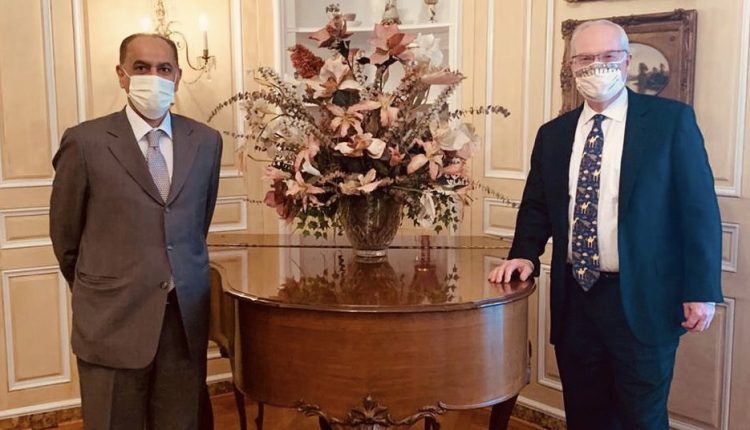 
The United States announced on Saturday, the imposition of sanctions on an Omani businessman and two Omani companies, in conjunction with its threatening to return the war on Yemen to its first square, this indicates Washington’s attempt to pressure towards achieving a political agenda in Yemen.

Although the sanctions against Al-Habsi is one of a long list of 4 oil companies, among them are two companies based in the Omani capital, Muscat, and an oil tanker, however, its timing indicates to its close association with Yemen file, especially since the targeting of Oman is the first of its kind in history and it portends more tension with  Americans, it comes days after US envoy to Yemen, Tim Lenderking, met with the Omani ambassador in Washington, on the rhythm of Sana’a revealed its initiative for a solution in Marib, which was presented to the Omani delegation.

Sanctions on Omani companies and businessmen coincided with Washington brandishing a new strategy in which the war on Yemen returning to its first square.

This came in a statement by the former US ambassador to Yemen, Gerald Feierstein where he works currently at Washington Institute for Studies, the most prominent centers of US policy-making in Yemen, in which he referred to the beginning of   new US administration deflect, which promised in its election campaign to stop the war on Yemen, with what he described as the Saudi strategy to confront what he described as “Houthis,” claiming their rejection to the political path of a solution in Yemen.