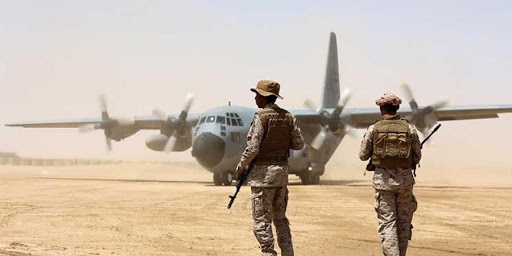 
Russian media revealed on Tuesday, Russia’s concern about the repercussions of the recent British military moves in Yemen, in a move that could lead the country, which has been under a seven-year war and siege, into international conflicts.

The newspaper “Nezavisimaya Gazeta” considered in a report on Britain’s announcement on the deployment of new forces in Al-Mahrah province on the eastern coast of Yemen, under the pretext of prosecuting the perpetrators of the attack on the Israeli oil ship Mercer Street, and the reports that talk about a British tendency to launch a new military landing near Iran, it reflects Britain’s unwillingness to cooperate with the international system to protect sea lanes despite its invitation to the Security Council session.

Russia has intensified its diplomatic activity regarding the protection of sea-lanes in the Gulf, and has more than once presented its initiative for maritime security in the Gulf, recently to the Bahraini Foreign Minister when he met with his Russian counterpart.

Only Iran and China agreed on the Russian initiative, which was submitted also to the Saudi Foreign Minister when he visited Moscow months ago.

The Russian initiative is based on creating an international and regional system to protect the sea lanes in the Arabian Sea, but the United States, that objected during its presentation in the Security Council, is pushing to dominate on the region, together with its British and European allies, to prevent any presence of the eastern camp led by Russia and China, especially since the tension in the region is the result of American efforts to control the shipping lanes in this region, defying China, which takes a Pakistani port on the Arabian Sea as a major center for trade between East and West as part of its strategy to control on maritime trade under the name “New Silk Road”.

Unipolar military moves would move Russia militarily, what may cast a shadow over the situation in the region and pushes it towards internationalization the conflict, this will reflect negatively on the situation in Yemen, which on its eastern coast controls the most important passages in the Arabian Sea.