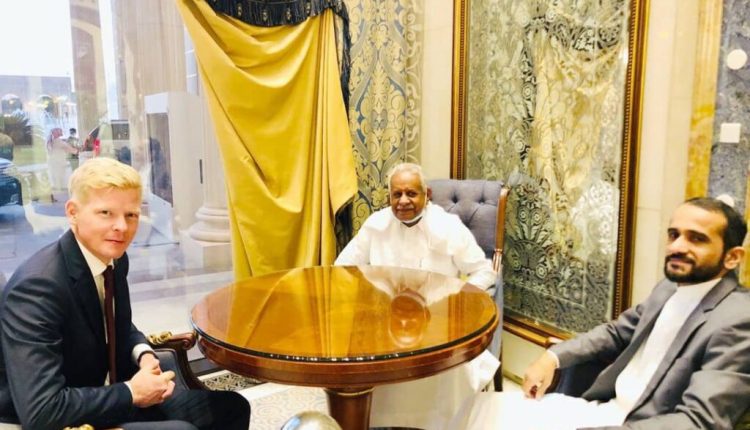 
As he began diplomatic moves in his duties as an international envoy to Yemen, activists and officials have raised legitimate questions about the plan of Hans Grodenberg, who worked in Yemen as EU ambassador, among the other four envoys, and he appears to have new plans.

Grundberg started officially his diplomatic movement on Yemen file on Tuesday, contacting with the head of Hadi government, Maeen Abdulmalik, among all”legitimacy” officials, as Hadi’s media, broadcasting from Saudi capital, Riyadh, reported that the two sides discussed ways of a solution in Yemen.

This step coincided with news of international moves to transfer Hadi’s powers, indicates that the envoy initiated the “shadow” strategy and that his focus during the coming period will be more on the head of Hadi government, who was satisfied with sticking to the “three references” on which Hadi and his entourage base their legitimacy. He is expected to represent “legitimacy” in light of the differences between its forces and the international trend to transfer Hadi’s powers.

Grundberg moves on the path of “legitimacy” came in parallel with a European movement on Sana’a front, where the European Institute held a symposium on peace in Yemen in which officials in Sana’a, including members of Parliament, participated and focused on visions of peace in Yemen.

These camouflaged media moves prompted activists to wonder on the plan of the new UN envoy, and whether he will go according to the plans of his predecessors, will he works within the three references?

In general, activists are not the only ones who are eager to see Grundberg’s plans translated into reality, what was included in the commentary data on his appointment, last week, indicated that regional and international parties are still apprehensive about Grodenberg’s program, which may reflect EU policy and it may be the closest to the solution in Yemen, given the European positions, both at the level of the previous European Parliament initiative, or the relations that restrict many western countries in keeping them balanced in the region countries.