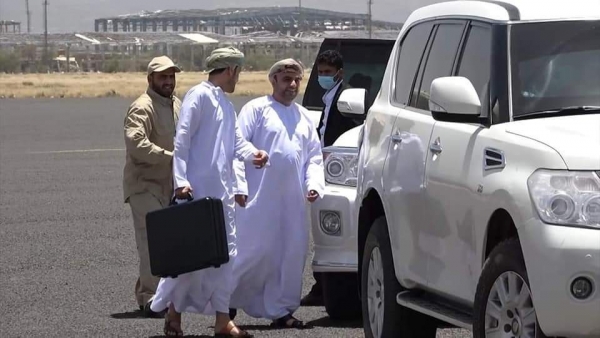 
Mohammed Abdulsalam, Spokesman of Yemen’s Anssarallah Movement and senior negotiator of the Sana’a National Salvation Government, has revealed the details of the initiative presented by the leader of the Anssarallah Abdulmalik al-Houthi to the Omani delegation regarding Marib province.

In his explanation of the initiative, the head of the Sana’a negotiating delegation said, “In accordance with the directive of the Leader of the Revolution, Marib Initiative was presented on the first day when the Omani delegation visited the Capital Sana’a.”

Abdulsalam stressed that Sayyed Abdulmalik al-Houthi presented a fair initiative through the Omani delegation to be implemented in conjunction with the humanitarian file, which takes into account the interests of the people of Marib first.

He noted that Sayyed al-Houthi stressed that the humanitarian file is the priority.

Abdulsalam pointed out that the initiative was presented from nine points, and does not represent any arbitrary points, and fulfills the conditions for peace.

He said, “We are still opening the way for Omani mediation, and it is still making commendable efforts.”

The head of the Sana’a negotiating delegation also stressed that linking the humanitarian file with the military is a risk. He said, “We agreed to inspect ships and determine their travel destinations, which are Egypt, Jordan, Malaysia, India and others.”

He pointed out that “the other side, referring to the mercenaries, wanted to talk about Marib, and it thought that we did not want a ceasefire there.”

Commenting on the appointment of a new UN envoy, Mohammad Abdulsalam stressed that the United Nations only works in the context of countries of Saudi coalition and operates within the allowed margin.

He pointed out that the problem is not changing a person or not. The problem is that the countries of Saudi coalition do not have a decision to stop the war and establish peace.

Abdulsalam said, “We will not start from scratch with any UN envoy, adding the humanitarian file is an urgent priority.”