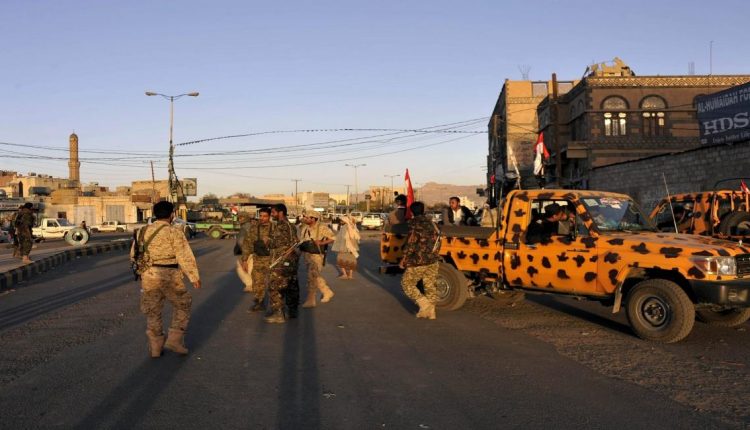 
Tribal sources confirmed in Yafa, which is administratively part of Lahj province and under the control of UAE-backed Transitional Council in southern Yemen, on Sunday, that Sana’a forces seized al-Qaeda operatives during a large-scale operation in the region, under the coordination of STC, in a step that would enhance cooperation between the two new powers in Yemen on the path of folding “legitimacy” and restoring the state.

The sources reported that a military campaign for Sana’a carried out a sweep of areas in Al-Hadd district, in search of al-Qaeda operatives under the name “Al-Humijan Resistance” and managed to seize seven elements in the village of Amsrah, noting that the director of Al-Had, security in the directorate, affiliated with STC, had preempted the campaign by going to the district, where he demanded its tribes not to clash with “Houthis” and demanded the security belt forces in the area to withdraw in order to make the military operation a success, it also confirmed the withdrawal of Sana’a forces after the operation and the return of the security belt to its positions.

Al-Hadd District is the second district in Yafa that Sana’a forces enter it, as it has previously carried out an operation in Al-Hadaq District in Sabah District, which is administratively part to Abyan province, and all operations, according to what the sources confirm, was carried out according to cooperation and coordination between Sana’a, Yafa tribes and STC.

Sana’a forces had concluded an agreement with the tribes of Yafa and STC to hand over the terrorist elements who fled from Al-Baidha and are holed up in STC’s areas of Yafa, where they are taking it as a center for targeting Sana’a sites, this follows Sana’a forces cleared Al-Zahir and Al-Soma’ah districts, the most prominent military strongholds of Al-Qaeda, and in a wide operation, during which it succeeded in securing four districts in less than a month.

No Dialogue before Reopening Airports and Ports: Abdulsalam