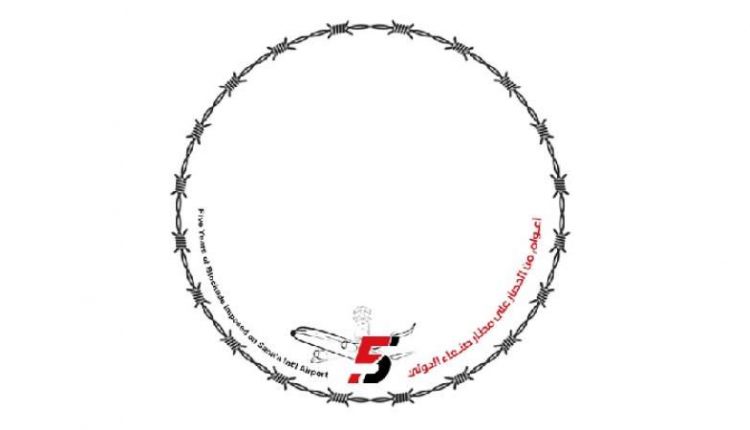 
Sana’a International Airport called for wide participation in tweets campaign on social media on Monday to convey the voice of Yemenis to the whole world, regarding their suffering due to siege on the airport imposed by Saudi-led coalition for five years.

“In the name of the families of all the patients who urgently need to travel for treatment, so that their fate would not be the same as the fate of tens of thousands of the deceased, who needed to travel and were prevented from traveling through Sana’a International Airport, and in the name of all Yemeni expatriates who yearn to return to their families peacefully, we invite everyone to interact and participate in social media at eight o’clock on Monday evening,” a statement issued by the airport on its Facebook page.

The airport urged the participants to write their stories and explain their suffering, “to send it to the world and to the international community, to intervene and look at the forgotten catastrophe that Yemenis are experiencing, as well as to appeal to the political parties to look at the tragedy, and to make concessions for the sake of Yemenis.”

It stressed that Yemenis have the right to live like other peoples of the world and to exercise the most basic of their rights, which is the right to travel and move.

It mentioned that the hashtag #Sanaa_Airport_Blockade_Death_And_Suffering must be added.

On the night of August 8, 2016, the Saudi Ministry of Defense announced the suspension of flights to and from Sanaa International Airport for a period of 72 hours. However, the period was extended and the airport is not open anymore.a

Hundreds of Women Demonstrate in Sana’a to Denounce Blockade