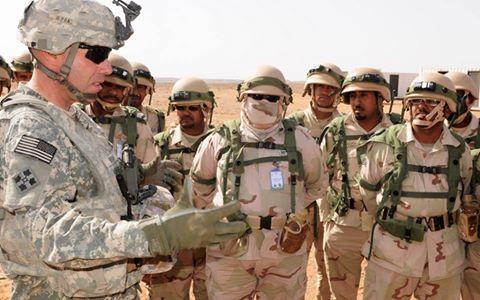 
The United States and the United Arab Emirates intensified their military movements in Shabwah province, southeast of Yemen, in conjunction with new confrontations in Bayhan, which threatens to hand over the province to al-Qaeda in fear of it falling into the hands of Sana’a.

In Balhaf, which UAE forces take it as a base on the Arabian Sea, sources there reported the arrival of Emirati military helicopters amid tightened security measures.

The sources pointed that the helicopters were carrying members of Al-Qaeda, which UAE began to reinforce with elements from abroad as part of an agreement with the organization to intensify its operations.

This is the second batch in less than a week, if the news is true, as it preceded by the delivery of a batch from al-Qaeda leaders by an Emirati cargo plane, to the neighboring Hadhramaut province, following a meeting between Abu Dhabi Crown Prince Mohammed bin Zayed and the commander of the anti-terror unit in US Army.

These developments coincide with an intense flight for drones, likely to be American, in the skies of the province’s districts, in a move described as camouflaging Washington’s support for al-Qaeda and its activation in its war on Yemen.

The acceleration of the movement in terms of timing indicates to the growing fears of the two countries, which are trying to keep Yemen’s oil crescent under their tutelage, as gains for the war they have been participating in for seven years, from the consequences of restoring the Yemeni forces in Sana’a, the oil and gas-producing province, and the same strategic locations on the Arabian Sea, especially since this move coincided with the renewed confrontations in Bayhan between  Islah factions and Sana’a forces, which is currently stationed in AlQunza’a hill on the outskirts of the directorate center.

French Attempts to Rapprochement with STC and Houthis to Secure Balhaf