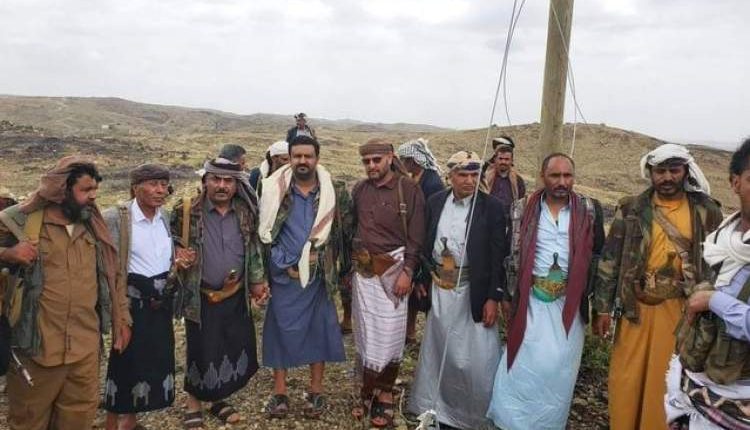 
A prominent official in Sana’a announced on Monday, that Marib file had been resolved, in conjunction with the fiercest battles raging again on the city’s outskirts.

This comes at a time when Sanaa’s forces have begun to encircle Shabwah province the neighboring, in an indication that Sana’a is beginning to arrange beyond Marib city.

Muhammad al-Houthi, a member of the Supreme Political Council, said in a post on his official page on social media “victory in Marib is coming,” in reference to the approaching of Sana’a forces in resolving the city’s file.

Al-Houthi’s tweet coincides with field victories achieved by Sana’a forces during the battles of the past hours that raged on the fronts of Al-Kassara and Sirwah at the western entrance of the city.

Tribal sources reported that the confrontations extend from Al-Atif area to the pipeline and all the way to Al-Balaq Al-Qibli.

It also comes at a time when Bayhan district, the most prominent Islah stronghold in Shabwah, hosted meetings at the level of sheikhs and social figures in Shabwah with leaders from Sana’a, with the arrival of the latter’s forces to the outskirts of the border district between Marib, Shabwah and Al-Baidha, after completing their control over Hadi forces’ areas in the neighboring Nati’ district.

The former spokesman of STC published a picture gathering the most prominent sheikhs of Shabwah, Awad al-Mahwt, Malik Ahmed Musaed and Ibn al-Amir, during their inspection to the positions of Sana’a forces in al-Qana`a front on the outskirts of Bayhan district.

These moves indicate that Sana’a has started contacts with Shabwah tribes to secure the province, which suffers from proxy conflicts between the coalition parties, which cost the people there a heavy price in light of the deteriorating conditions, despite the large amount of oil and gas exports.

Islah Seizes the South’s Share in the Yemeni Peace Negotiations

US Forces Explode Variations between Saudi Arabia and UAE in…