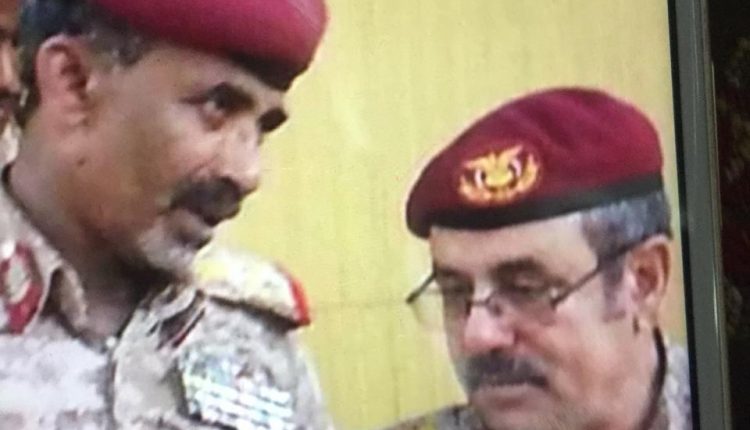 
A senior official in Hadi forces began intensive moves to conclude an agreement between STC and Houthis to normalize the situation on the border between Al-Baidha and Yafa.

This comes in the wake of Sana’a forces completion the control over the border areas with Yafa, after these areas continued to be used as a supply line for the factions loyal to coalition, amid fears of an incursion deep into the transitional areas in south of Yemen.

Tribal sources reported that the head of the Military Intelligence Authority in Hadi’s forces, Ahmed Mohsen al-Yafi’i, held meetings with a number of Al-Zahir district sheikhs in Yafa’ province, which belongs to four districts, including Abyan and four Lahj province.

Al-Yafi’i, who has relations with a number of Al-Baidha sheikhs seeks to conclude an agreement that restores calm to the areas of Yafa and al-Zahir, after the recent confrontations in the district and after the giants’ forces used Yafa as a supply line and involved with artillery support.

The tribes of these areas were governed during the last period by agreements far from the state especially with the escalation of regional strife in the south, but the last battle, through which Sana’a was able to resolve the file of Al-Zahir Directorate and cutt off the road for coalition factions inside Al-Baidha is not from the map of the confrontation amidst fears that the confrontations will extend to a young depth, which represents the most prominent strongholds of the transitional and its human stock in Aden, especially in light of Saudi Arabia’s repeated attempts to move the battle to this strategic area in order to hit STC there.

Al-Yafei’s endeavors may be part of a broad negotiating path for STC with Sana’a, aims through that to strengthen his relationship with her to face the risks of their common opponents’ moves in “legitimacy”.