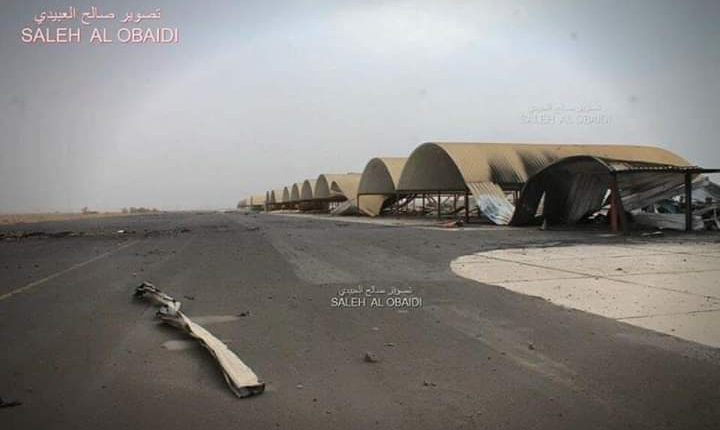 
Al-Anad military base in Lahij province, south of Yemen, has received over the past few days about 3000 members of the Salafi-jihadi movement, in the midst of arrangements to set up a camp for them inside the strategic base, where American forces are expected to arrive, this indicates US efforts to fortify its military presence with a fence of extremist groups.
Exclusive-Alkhabar alYemeni:
Local and tribal sources said that the aforementioned elements belong to the provinces of Amran, Saada, Sana’a, and Taiz, and recruited through the Salafi imam Muhammad al-Imam, who is based at Mabar. Noting that these elements are being settled in houses under construction in Arara area, south of Al-Anad base airport, called a “religious center.”
The center funded by a rice agent in Aden, according to the sources, and works as an agent for Qatari and Saudi associations.
It is the second center to be established at the base after the Turkish city, which designated for the displaced, and it sparked controversy in the ranks of the transitional.
The purpose of recruiting these elements, whose known to be close to al-Qaeda, was not known, but the timing of unveiling on the new center, which is one of several Salafist centers that the coalition created in the western outskirts of the province during the past years, with news of US forces arrival to Aden to settle in Al-Anad, it indicates that United States, which recently announced the resumption of support for Hadi’s forces, through the formation of new factions, including “Special Operations units”, it is currently focusing on training new forces that loyal to it for future use in its upcoming wars, north and south.