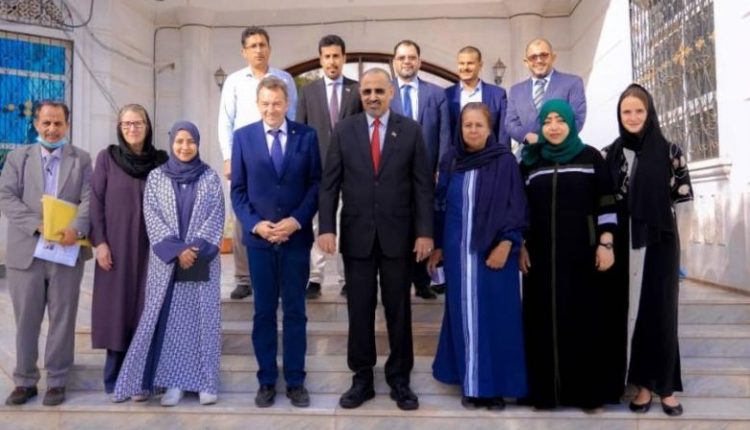 
Just a day after the head of the Transitional Council, Aidarous al-Zubaidi, admitted that there were negotiations with the Houthis, Al-Jazeera correspondent in Yemen and its most prominent editors for Yemeni affairs revealed details on what he claimed meetings between the two parties that might succeed in reaching an agreement despite Saudi efforts to abort it.

Ahmed Al-Shalafi said that STC, the de-facto authority in the south, and those he described as “Houthis” recently formed a negotiating committee headed by Assistant Secretary-General Fadel Al-Jaadi on behalf of the transitional, and on the behalf of Sana’a authority, the leader of “Anssar allah” movement, Ali al-Qahoum, noting that the negotiations are currently revolving around opening Sana’a-Aden Road through the contact lines in Al-Dhalea and Ibb.

Although the talk of al-Shilafi did not carry anything new cause it was leaked earlier by the Saudi government-owned newspaper, Asharq Al-Awsat, which indicated in previous reports accompanied the visit of the International Committee of Red Cross head, Peter Mauer to Aden and Sana’a, in which it spoke about his supervision for implementing this agreement, not to mention Al-Zubaidi’s confession during his meeting with  sheikhs of AlSubihah earlier Sunday, on the fact that the pro-UAE Council held negotiations regarding the release of the former defense minister in Hadi’s government, Mahmoud Al-Subaihi and his companions,  however, the talk of the former minister in Hadi’s government, Abdel Raqib Fatah, on local arrangements to discuss an alternative to legitimacy, not to mention the recent developments in Al-Baidha, where STC and Houthis failed a plan to clash between them there, by opening the front of Al-Zaher, it refers to the extent of the fears from any rapprochement between the Yemeni forces that would end the war led by Saudi Arabia for seven years, especially Saudi Arabia, which recently intensified its escalation and threated STC and accused it of “serving the Iranian project,” which it is the same banner that hung in on its war on Yemen.