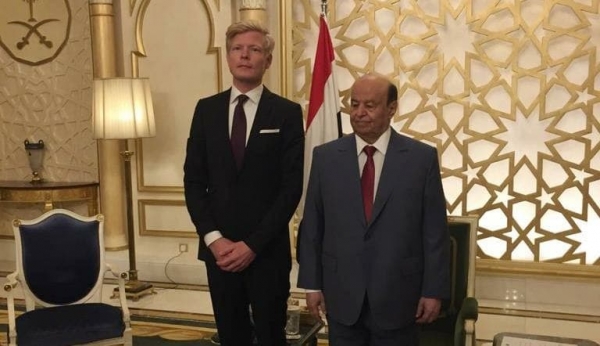 
The Gulf Cooperation Council (GCC) set, on Thursday, parameters for the new international envoy to Yemen to act accordingly, in a move described as a Saudi attempt to tame the European ambassador, Hans Grodenberg, for its agenda, and that would complicate the path of a political solution.

The Assistant Secretary-General of the Cooperation Council, Abdulaziz Al-Owaishek, reiterated the council’s adherence to the Saudi initiative for a solution, as one of the elements that it considered would contribute to resolve the political file, in reference to the century of Gulf cooperation with Grodenberg by accepting those elements, which also includes the outcomes of the national dialogue and Security Council resolutions, these are determinants that have previously thwarted the efforts to resolve in Yemen because, according to Sana’a, they were one of the causes of the current war on Yemen.

He also called on United Nations to consider seriously the establishment of a peacekeeping force, starting with the ceasefire monitors,

and searching for a political solution without waiting for a cease-fire, and separate the Yemen file from the nuclear negotiations with Iran.

Al-Owaishek talk who is known as the godfather of the Gulf Cooperation Council’s foreign policy, comes on the eve of anticipation for the new UN envoy to Yemen, Hans Grodenberg tour in the region, to market his new project for the solution in Yemen, this indicates that Saudi Arabia is trying to anticipate Grodenberg meetings by setting limitations, this may difficult his task to overcome and complicate its course in the future.