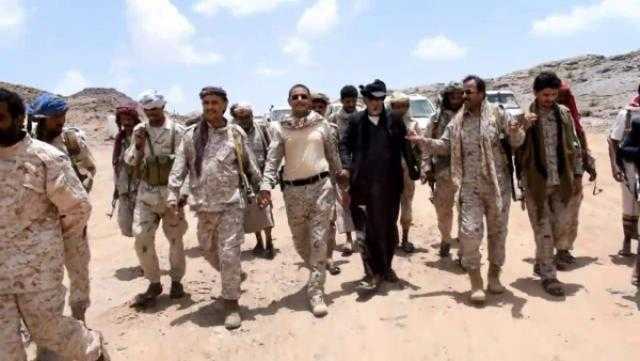 
The son of Al-Baidha governor the media man, Muhammad Al-Riyami, revealed the resignation of his uncle, the governor, Nasser Al-Sawadi, after accusations against the governor, who is also the commander of the axis in the province, of not participating in the battle.

Al-Riyami published a conversation between him and his uncle the governor, in which he complained from Defense Minister Muhammad al-Maqdashi had neglected him and did not respond to his calls.

According to the conversation, Al-Sawadi said, the situation is not reassuring and sons of Al-Baidha will be victims to the reviled policy.

He added, I tried to communicate with Al-Maqdashi since Saturday, but my calls were not answered, then the minister called me and asked me not to tell him about Al-Baidha.

Al-Sawadi pointed out that Al-Maqdashi told me legitimacy will not participate in the battles until the giants and the south forces leave, he said that UAE agreed with Houthis to hand over sites in Al-Baidha to the giants forces who are fighting battles in the name of legitimacy. Al-Sawadi made it clear that he would formally submit his resignation.

The Al-Jazeera correspondent, Ahmed Al-Shalafi, had published yesterday that Al-Baidha axis did not participate in the recent battles.