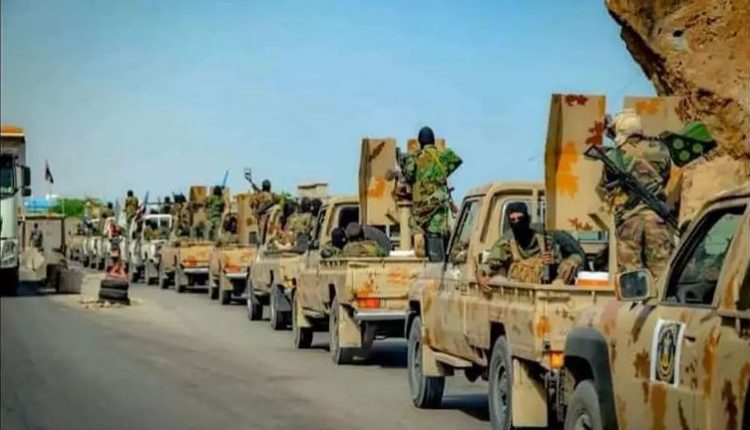 Saudi Fears of a New Defeat in Yemen


A Saudi military expert revealed on Monday, his country’s fears from a nightmare lurking it in southern Yemen after losing the battles of the north.

This coincides with developments in coalition-controlled areas in the south and east of the country that predict confrontations within the coalition-loyal factions, which regional and international parties are trying to move it in order to pressure Sana’a on passing an agenda under the cover of “peace.”

Brigadier General Zayed Al-Omri reported that his country is afraid of becoming Yemen a Great war theater in the event that the factions loyal to his country, called “Transitional and Legitimacy,” did not play their role.

Al-Omri was commenting on developments in Abyan, Shabwah and Hadhramaut as the legitimate parties prepare for a bone-breaking battle while his country, along with the United States, is trying to unite them to put pressure on the north in the hope of achieving the war agenda in Yemen, which has been going on for seven years.

Al-Omri’s tweet indicates in terms of timing that Saudi Arabia is currently suffering in Yemen war, it is almost losing its last strongholds in the north of the country with the advance of Sana’a forces, “Houthis” in Marib, at the time it failed to unite its followers in southern Yemen.

What strengthen Saudi concerns is the Emirati escalation that has emerged on several fronts during the past two days, both on the ground, by escalating its recruiters in the Transitional Council, with unilateral steps or with regard to the economic war between the two allies that represented obstructing a Saudi-Russian agreement on oil and the flight ban.

Saudi Arabia that received an American light to escalate in Yemen militarily, after Washington failed to pass its agenda with the peace sign, it prompted al-Qaeda to attack Sanaa’s positions in Al-Baidha province and aspires to mobilize the rest of the factions, but the recent tension and the Emirati raids seem to have hit the Saudi efforts.