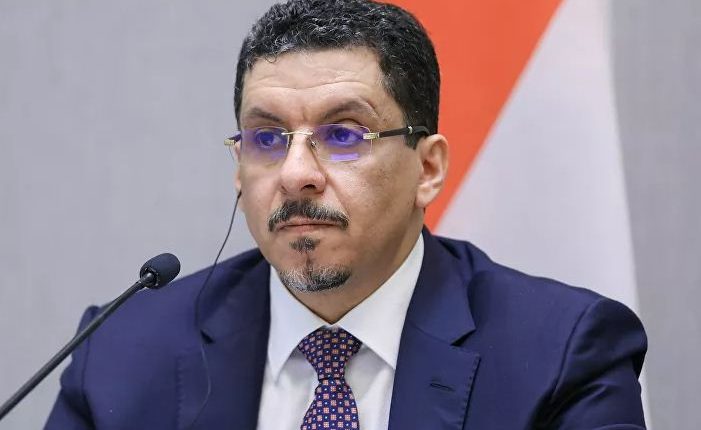 
Hadi’s government officially recognized on Wednesday, “Houthis” as a “main party” in a precedent considered the first of its kind in the history of the so-called “legitimacy.” which continued to market Anssarallah as “putschists”, this reflects a real defeat for Hadi, whose government warned from Marib fall repercussions, which is witnessing the most violent battles amid the progress of Sana’a forces.

Ahmed Awad bin Mubarak, Minister of Hadi Foreign Affairs, said during a press conference held in German capital, Berlin, with his German counterpart, Heiko Maas, that his government does not deny that Houthis are a “main party” in the Yemeni equation, demanding German intervention to save the last strongholds of his government in Marib considering its fall have “significant repercussions,” referring to the end of the “legitimacy” era.

Bin Mubarak had arrived in Berlin a few days ago, amid the intensification of battles on the outskirts of Marib city, especially in the western edges, this indicates Hadi’s attempt to find a way out from the impasse awaiting his government, with the approach to its last stronghold fall in northern Yemen.

Bin Mubarak indicated that his government, which is facing a new escalation in the south, it is open to all international endeavors for peace in Yemen, and it is in dire need to what described as “new international approaches to the crisis in Yemen.”

In an attempt to push German, which has a good relationship with Sana’a, to lead a new mediation in light of indications on the international and regional efforts failure.

Jimmy Carter and the Second Yemenite War: A Smaller Shock of 1979?

Anssarallah Accuses US of Trying to Thwart UN Truce in Yemen