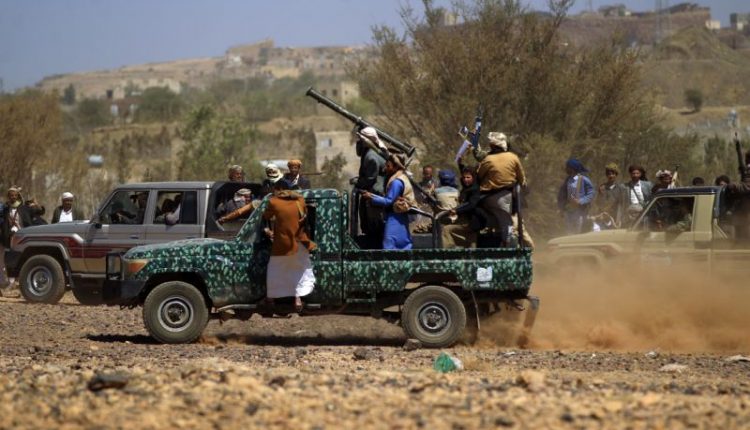 
The fighting between Sana’a forces, backed by the popular committees (Houthis’ fighters) on the one hand, and Saudi-led coalition forces supported by al-Qaeda elements on the other, has frequently escalated on Sunday in northern Marib city.

According to the Local sources, Sana’a forces and popular committees were able to counter a large-scale attack carried out by coalition forces towards several   the army military positions north of Marib city.

The sources pointed out that coalition forces and al-Qaeda launched a failed attack backed by airstrikes towards the positions of Sana’a forces in the area of “Al-Dishoush” and “Al-Atif”, and another attack towards the west of Ragwan directorate.

During the clashes, number pro-coalition commanders killed and others injured in an attack that targeted their sites in west of the city of Marib, according to sources.

The sources affirmed that the commanders were targeted when Sana’a forces army launched a counter-attack against Al-Qaeda element-backed coalition forces towards the military positions on Balaq al-Qibli” mountain range.

Moreover, the sounds of clashes are being heard in the neighborhoods of Marib city, including al-Rawda neighborhood south of the city’s government complex.

According to the sources, the coalition and al-Qaeda forces suffered heavy loss in lives and equipment.

The same sources confirmed that the coalition warplanes carried out seven raids on the areas of clashes in Ragwan district.