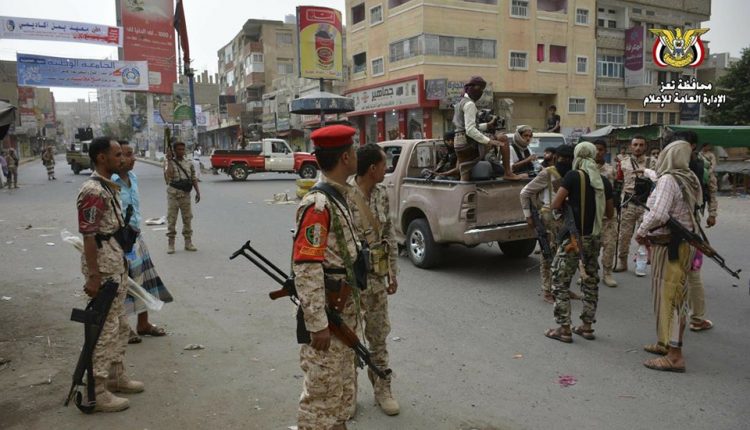 The sources confirmed a number of citizens were injured when Troops from the 22nd Mika Brigade (loyal to Islah party) attacked a mass demonstration organized by the so-called “the Civil Bloc” in Taiz city.

Armed forces led by Islah’s leading member Wahib Al-Hori assaulted the demonstrators with batons and rifle butts and injured a number of them, including the activist, Arwa Al-Shamiri, according to the sources.

This comes within the framework of the Islah party’s attempts to suppress the popular marches that have been going on for three weeks, with the aim of intimidating the angry demonstrators over the rise in prices and the corruption of service and revenue institutions in the province.

worthy of mention that dozens of protesters in Taiz continued to erect sit-in tents in front of the province’s building in protest against the corrupt.

The participants accused the Islah leaders in the province of ignoring the protesters’ demands to dismiss and hold the corrupt accountable.

The protesters called on to refer quickly the corruption files to the Public Prosecution and the dismissal of local authority officials under the control of the Islah group.