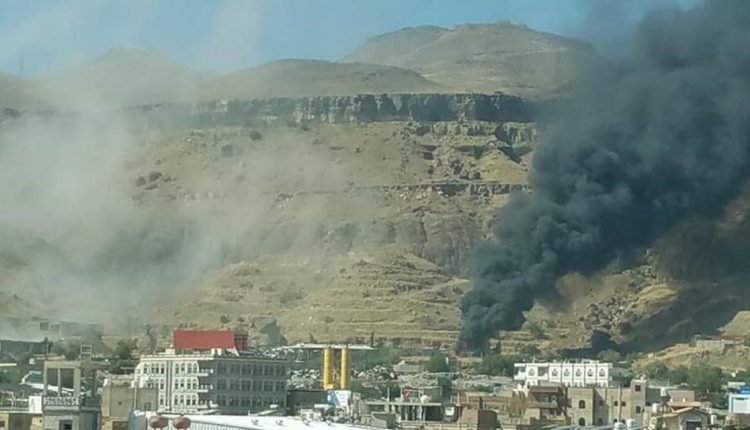 
The Saudi-led coalition fighter Jets launched on Thursday a series of airstrikes on the Yemeni capital Sana’a, local witnesses said.

According to the witnesses, the four airstrikes targeted the headquarters of the First Armored Brigade northern Sana’a was targeted during an airstrike by the Saudi coalition on the Yemeni capital.

Witnesses added that terrible explosions were heard and smoke plumes were seen rising from the place, without reporting casualties.

The airstrikes come as the Omani delegation is in talks with the Yemeni officials in the national Salvation government to move forward with peace-building and ceasefire steps.

In Saada province, A citizen was killed on Thursday and three others wounded due to Saudi bombing according to a security source.

The source declared that the Saudi army launched an artillery bombardment on Al-Sheikh area of border Monabih district, killing the civilian and injuring two others, while another citizen was wounded in al-Raqw area of the same district.