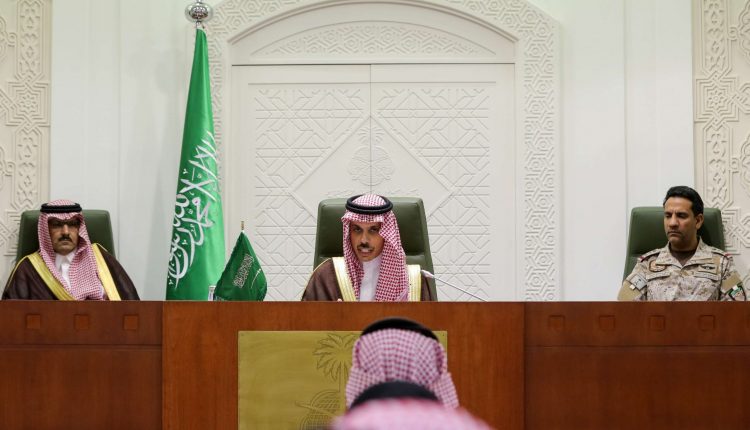 
Saudi Arabia retracted on Sunday, on its conditions to stop the war on Yemen, in a move that reflects Riyadh’s efforts to get out from the Yemeni quagmire after seven years of war and siege.

Saudi Arabia has dropped its initiative to the solution in Yemen, which it was sticking to and trying through which to obstruct any efforts to achieve a comprehensive peace.

The official “Okaz” newspaper revealed that Saudi Arabia allowed Hadi’s Foreign Minister, Ahmed Awad bin Mubarak, who is currently visiting Oman, to discuss the UN peace initiative in Yemen. It is a step that confirms the abandonment of Saudi Arabia, which has been leading an international diplomatic movement to market its initiative as an entry point for a solution.

This step coincides with Al-Jazeera’s disclosure that Saudi Arabia will present a show through Oman, whose delegation is currently visiting Sana’a, it includes lifting the siege before initiating a simultaneous cease-fire on all fronts.

Al-Jazeera correspondent in Yemen, Ahmed Al-Shalafi, said it is expected that the Saudi offer will be discussed with the leader of Anssarallah movement, Abdul-Malik Al-Houthi, and the Omani delegation, expecting a breakthrough in the crisis.

Lifting the siege means accepting the conditions of Sanaa, which has been adhering to separate the humanitarian file from the political and military files. It is a Saudi attempt to please Sanaa in the hope that this will give it a chance to catch its breath, after it was almost suffocating with the recent advance of Sana’a forces in Marib city, the last strongholds of the pro-Saudi factions.

During the last period of the new international movement to end the war in Yemen, Saudi Arabia continued to maneuver the humanitarian file in order to achieve a military agenda, which failed due to Sanaa’s adherence to the principle of lifting the siege before negotiations for a ceasefire and then a political solution.

Until recently, Riyadh refused any concession in the previous file and moved internationally to prevent any movements outside its initiative, including the American and UN initiative, but the last operation broadcasted by Sana’a from Jazan, seems that it mixed up Riyadh’s cards and pushed it to make more concessions, in the hope of saving what was left of its face at the regional level.