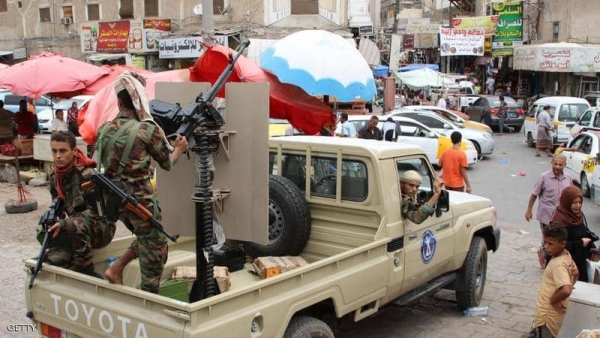 
Nabil Shamsan governor of GPC party in Taiz left on Sunday, the city to unknown destination, this is in the latest development in the rapid pace of events in the city under the de-facto authority of Islah and GPC alliance.

Local sources in Taiz revealed that the governor procession had already arrived at his hometown in Al-Turba city in the southwestern countryside of Taiz, but it was not known whether the governor had gone to the city or secretly headed to Aden.

Earlier today, Islah factions had carried out a coup described as “soft”, after storming the state institutions in the city, including the headquarters of the local authority and the revenue institutions.

The step of Islah who runs the city from inside, failed to control the demonstrations that have been going on for days calling for the departure of corrupt, and announced his support for it in an official statement, had previously attempted to twist it to his favour, it reflects his fearing that it would backfire against him. Especially the participants in the demonstrations raised slogans calling for the dismissal of its military leaders along with the authority of GPC.