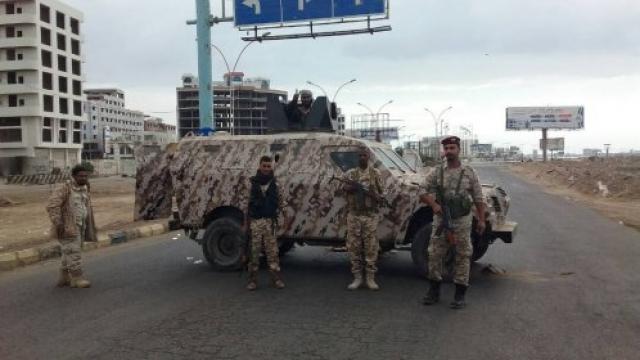 
President of the UAE-backed Southern Transitional Council (STC), Aidarous Al-Zubaidi, threatened, on Sunday, that the council’s patience will not last for the violations of “Hadi government” in Abyan front.

“The STC will not remain silent about what the forces of terrorism practice against the people of Abyan,” Al-Zubaidi said, during his meeting on Sunday in Aden with leaders, dignitaries and dignitaries from Abyan province.

Al-Zubaidi pointed out that Abyan has specificity and strategic political importance in the map of the southern provinces, considering it “the gateway to victory.”

This come in conjunction with Military tension hangs over the city of Aden, where the (STC)’s forces stormed on Sunday a judge’s home in Aden province and took his son to unknown destination, local sources told Yemen Press Agency.

The sources said that armed elements on board of military vehicles stormed the home of judge Mohammed Jumaan in al-Dreem neighborhood of Sheikh Othman district and took his son to unknown destination.

The elements stormed the house in a barbaric and brutal manner that terrified women and children.