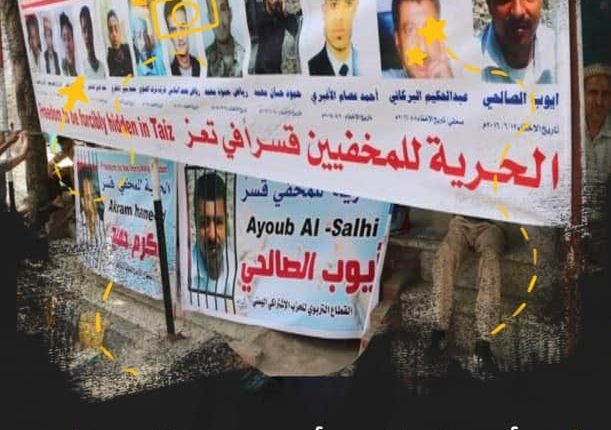 
Activists in Taiz city warned against the political parties’ attempt to jump on the popular uprising against the corruption practiced by the local authority in the city, through pushing its members to raise banners that dwarf the goals of the popular movement.

The Hungry Revolution Movement called on the masses to carry their banners from their homes and write their slogans on papers, cartons and fabrics, and raise them high in the demonstration, as information confirmed that the participating parties in the local authority printed a large number of banners to raise them in the demonstration and divert its course.

A circular circulated by activists; it was stated:

We were informed that the parties printed slogans to be distributed to the demonstrators, in order to dwarf the popular demands… Brothers who will participate in the mass demonstration tomorrow, come out with your slogans and do not accept the slogans of the parties.

Write your slogans on paper, cartons, and fabrics and carry them, because they are the ones that will express you and those who will stand in your way. Know that they belong to a particular party.