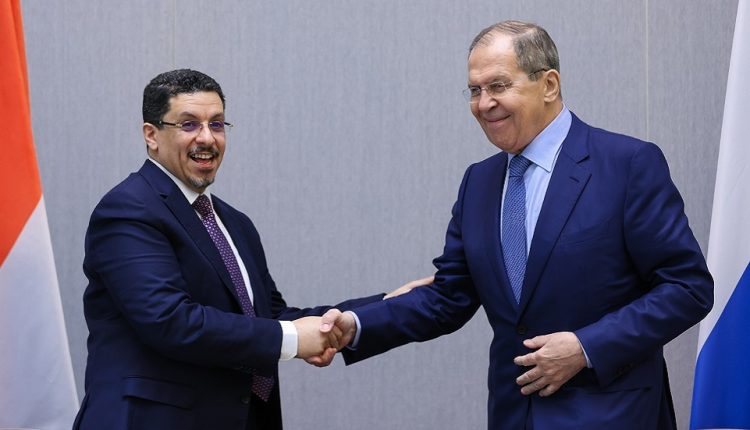 In Exchange of Staying President, Hadi Offers Houthi’s a Position of Vice President, Majority of Government


Russian diplomatic sources revealed on a part of a deal offered by Hadi to Anssarallah “Houthis” in Sana’a through Russia.

This comes days after Hadi sent his foreign minister, Ahmed Awad bin Mubarak, to Moscow, and subsequent of diplomatic movement with Russians that followed.

Sources reported that the deal includes “Houthis” acceptance to Hadi in his current position as “president” during the coming period, in exchange for privileges, the most prominent of which is the removal of his deputy and the appointment of a leader from Anssarallah movement as his replacement, in addition to giving the movement a greater share in ministerial portfolios, including the sovereign, at the expense of GPC and Islah parties, which promised to reduce their shares.

The sources indicated that Hadi stipulated the supervise of Russian President personally, and Moscow secure the exit of Hadi and his family from the Saudi capital, Riyadh, explaining that Hadi’s new desire comes amid fears from the recent Saudi movement, to conclude a deal with “Houthis” that folding his page, not to mention the attempts to rapprochement between his allies in Islah party and the movement in Sana’a, according to what was reported by Saudi and Emirati media.

The foreign minister in Hadi’s government had arrived in Moscow last week, on a days-long visit, during which he met the Minister of Foreign Affairs and the Russian President’s envoy to the Middle East, where he affirmed Hadi’s reliance on a Russian role to end the war in Yemen.

Two days after the end of his visit, bin Mubarak met the Russian ambassador in Riyadh, in a sign that Hadi is eagerly awaiting to Houthis’ response. The sources have not yet revealed on the movement’s position.