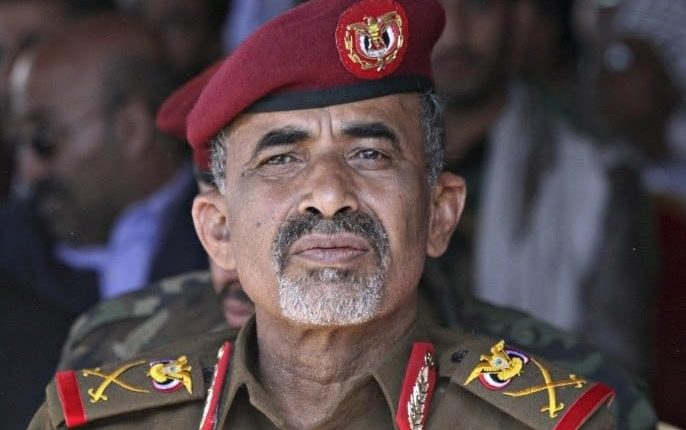 
UAE-backed transitional council in the south of Yemen revealed on Tuesday, a close relationship with “Houthis” that might enable it to release the former defense minister in Hadi’s government, Mahmoud Al-Subaihi.

This came during a meeting that brought together the head of the council with Al-Sabiha sheikhs, the most prominent anti-transitional tribes in Lahj, the northern gateway to Aden.

The council’s media reported that Al-Zubaidi offered on the tribal sheikhs to release Al-Subaihi, whom Hadi deliberately dropped his name from the negotiations’ lists during previous rounds, without clarifying the return that STC seek for.

The meeting and the offer coincided with STC sending military reinforcements to Al-Sabihah areas on the western border with Taiz, where the opponents of the Council in Islah Party spread camps, and he strengthens his influence among Al-Sabihah tribes, taking advantage of their differences with the Transitional Council, this indicates that it is part of  STC’s efforts to forge alliances that end the presence of its opponents in this strategic region, which owns a coastal strip close to Mayyun Island, on which UAE is currently establishing a base, It is expected that the pro-Qatar factions will attack it.

The timing of the meeting also carries political dimensions, especially since it coincides with the start of STC’s delegation the negotiations with Saudi Arabia in the capital, Riyadh, this indicates that STC is trying to strengthen its cards by waving the rapprochement card with Sana’a.

After Threatening to Invade Aden, Emirati Concern on Al-Ahmar’s Next Step