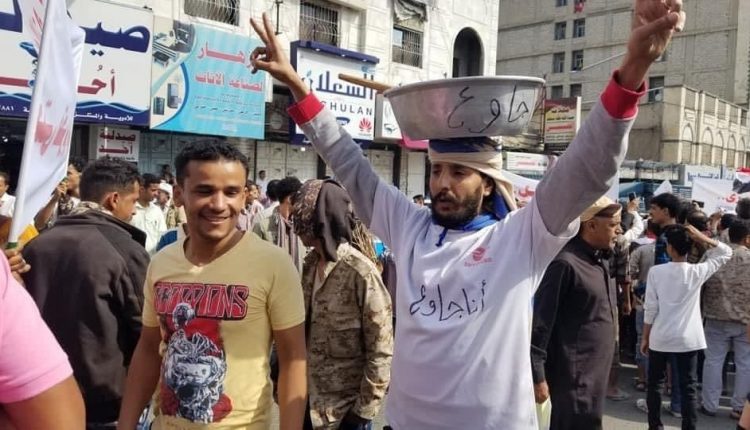 
The Hungry Revolution Movement and activists in Taiz city called for mass demonstrations in the city of Taiz, in the context of peaceful escalation to confront local authority corruption and security violations.

A statement issued by the Movement of Hungry Revolution said that the rampant administrative and financial corruption is well known for anyone. And its effects devour every individual and affect him with hunger, disease and fear and the lack of hope, the hell of destitution, deprivation, oppression and humiliation.

The statement called for a large mass demonstration at Jamal Street, stressing that it should be a popular protest that has nothing to do with partisanship. In mass demonstrations, that express the will of the people and inspired by the spirit and sacrifices of the peaceful popular youth revolution to bring about the desired and legitimate change.

The movement affirmed its call to all people of Taiz, the beating heart of the country, to unite the ranks away from partisan, sectarian and regional retrenchment, to demand freedom, dignity, independence, rights, security, services and salaries.

Activists in the popular Taiz movement identified six basic demands to get out on Thursday:

No Negotiate or Blackmail in Human Rights: Abdulsalam