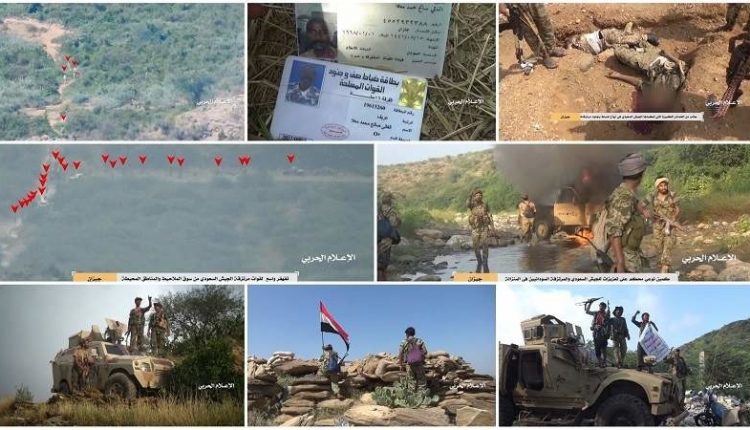 
The military media of Sana’a forces release on Monday new scenes to liberate dozens of sites belonging to the Saudi army and its backed forces off the Mountains of Al-Dod, Al-Rumih, and Jahfan to complete Operation Jizan Axis.

According to the viewer, the operation took three main and simultaneous routes, ending with the clearing of more than 30 positions, the imposition of full control over them, the expulsion of enemy forces stationed there from Sudanese army mercenaries, and inflicted them heavy losses in numbers and equipment.

The operation ended with the control of all the sites mentioned and inflicted the enemy heavy losses and killing and injuring and capture dozens of them despite the participation of a hostile military warplane, which failed to stop the advance of the army and popular committees.

The operation was carried out with the participation of all specialized and operational departments, and the active integration of the various military units played a major role in the success of the operation.

The operation causing the destruction and burning of 32 armored vehicles, one military bulldozer “documented only by the lens of the war media”, in addition to the killing and injuring of more than 70 mercenaries, including dozens of Sudanese.