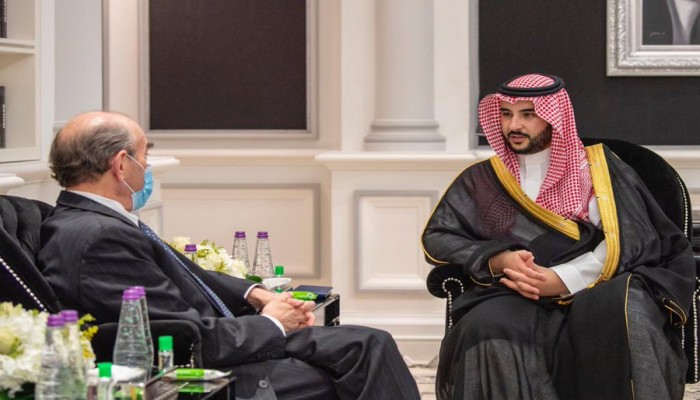 
Saudi media revealed, on Saturday, a new initiative consisting of four items that requires the approval of coalition and Hadi government, in a move through which Riyadh is trying to calm the military escalation of Sana’a, especially on the borders.

Al-Arabiya TV quoted on Hadi’s Foreign Minister, who visited Russia last week, as saying the initiative was carried out by US envoy to Yemen, Tim Lenderking, and it was discussed with the parties of war, “coalition and legitimacy,” noting that these parties agreed to the initiative as a single package.

The initiative, according to bin Mubarak, includes a ceasefire as a humanitarian step, followed by opening Sana’a International Airport and Hodeida port in accordance with Stockholm Agreement, then return to political consultations.

The American initiative unveiling coincides with the arrival of US envoy to Muscat in an attempt to push for a halt to Marib battle.

The terms of the new initiative refer to an attempt to circumvent Sanaa’s demands to stop “aggression” and first lift the siege before engaging in political consultations. It logically includes the complete lifting for restrictions on air and sea traffic, but it puts the cease-fire first, this indicates that US which announced, prior to US envoy’s new tour in the region, its focus on Marib, it only seeks to stop the confrontations there and does not care about human suffering, despite its attempt to market that. It also reflects the size of Saudi stalemate due to the recent attacks in its depth.