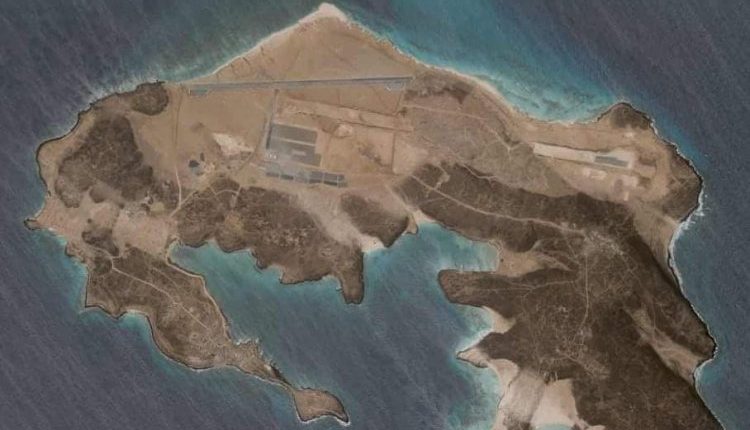 
Saudi-led coalition says it has boosted military presence on a strategic Red Sea island to counter threats to maritime trade from the Houthi movement in Yemen, middle east eye Reported on Thursday.

The Saudi-led coalition engaged in the Yemen war has confirmed that it was behind the construction of a military airbase on an island in the Bab al-Mandab strait, contradicting reports suggesting that the United Arab Emirates was behind the build-up.

On Tuesday, the Associated Press published satellite images showing “a mysterious airbase” with a 1.85km runway alongside three hangars on Mayyun island, also known as Perim. While the report stated that no country had laid claim to the airbase, it cited Yemeni officials who said that the UAE was behind the military build-up on the island.

Mayyun island sits at the mouth of the Red Sea on one of the world’s major maritime trade routes for energy shipments and commercial cargo. It was captured by the Saudi-led coalition in 2015.

In a statement to the Saudi Press Agency on Thursday, a spokesperson for the Coalition to Restore Legitimacy in Yemen, called the reports “baseless and unfounded” and said that all equipment currently on the island is under the control of the coalition.

“Some reports in the media with regard to the presence of UAE forces on the Islands of Socotra and Mayyun (Perim) are baseless and unfounded.”

“[They] are situated there in order to enable the Yemeni legitimacy forces and coalition forces to counter the Houthi forces, secure maritime navigation, and support the West Coast forces,” read the statement, citing an unnamed official.

“The current UAE efforts are focused within Coalition forces on providing air support in defense of Marib. “We reaffirm that respecting the sovereignty, unity and territorial integrity of Yemen is at the top of the established and fundamental principles of the Coalition.”

Emirati authorities have not commented on the reports. The Gulf state withdrew most of its forces from Yemen in 2019 but maintains influence through fighters it has armed and trained.