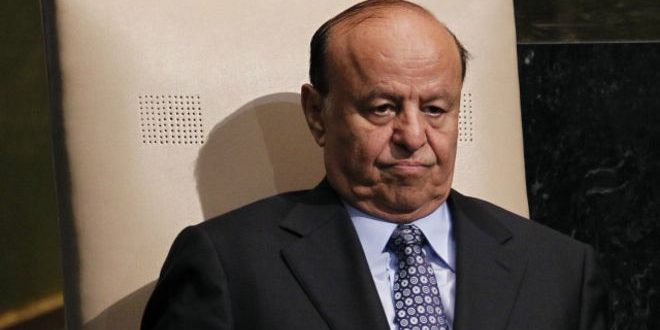 
Saudi Arabia rejected Exiled president Hadi’s demand to attend a celebration in Hadramout on the anniversary of the “Yemeni unity”, noting that it prevented his crew from preparing his trip to Seiyun and intensified the guards on his residence in Riyadh, sources at Hadi’s office said on Tuesday.

Political analysts said the Saudi Arabia foiled a new attempt by Hadi to flee his permanent residence in Riyadh in order to mix up the kingdom’s papers seeking to conclude a peace agreement in Yemen that would save it from the quagmire of war in Yemen.

This is the second time that the coalition has prevented Hadi from returning to Yemen in less than a month, when Hadi had already applied to Saudi Arabia to return to Aden, but his request was officially rejected before he decided to flee to Seiyun, which was supposed to host a major event today in Hadi’s presence, and the event was officially cancelled.

Over the past few days, Hadi has intensified his constant attempts to get out of “his residence” to return to the scene.

In a third attempt this month, Hadi claimed that his health had collapsed in order to move out of the kingdom, but Riyadh had not allowed him.

This is an indication that Saudi Arabia was trying to keep him under it eyes in the hope of reaching an agreement with Sana’a in which Hadi might not find a foothold.