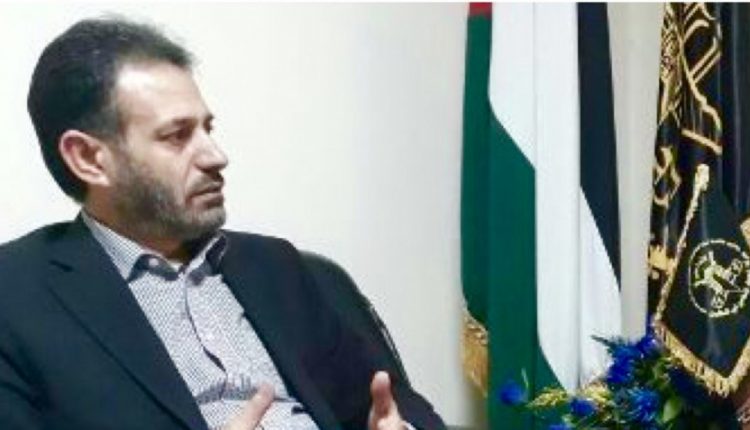 
The representative of the Palestinian Islamic Jihad Movement in Lebanon, Ihssan Ataya, affirmed that the battle against the Zionist enemy is open, the resistance is steadfast, and the Palestinian people are steadfast.

He pointing out that the threats made by the occupation leaders “are directed at the so-called internal front, with the aim of raising the defeated morale, they are empty threats that reflect the extent of frustration and confusion experienced by the enemy in its intelligence and military institutions, and at the political level.

Gaza resistance is inflicting painful blows in the depths of the Zionist entity that he did not expect, he was shocked by its size and destructive ability, and this is the first time that he has been subjected to earth-shattering strikes with this force since occupying Palestine.

Ataya spoke in a statement to the Yemeni news that the Palestinian people inside the occupied interior in 1948 rose in a way that the Zionist enemy had never expected, and rose up with courage and courage, confirming the failure of all attempts to integrate it into the Zionist entity and keep it away from its religious and patriotic sense for 73 years. The spark of the uprising has reached the West Bank, and this is the first blow.

He added: from the beginning of the battle, the enemy’s intelligence and military failure appeared, especially since Gaza surprised him and did not stop responding to his persistence in the aggression against the people of Jerusalem, and the weapon of the resistance in Gaza Strip has become the weapon of our entire people. And now the occupation leaders are looking for a fake victory image to be marketed by Netanyahu, and we say to him: You will never find this image.

On the ongoing conversations about efforts to calm down, and the conditions of resistance to any calm, Ataya said that these efforts are continuing “through more than one international and Arab body, the communications from the Egyptian side did not reach a result because the Zionist enemy had not yet awakened from the horror of the shock, and it had been dropped in his hand. He does not dare to confront his so-called home front with this resounding defeat.

Ataya asserted “the victorious Gaza is waiting for the enemy to accept its terms. He was the one who started his attacks in this war in full view of the world, and perhaps the enemy is waiting for the American administration in the person of its president who sent his envoy to the region, to pull him out of the abyss in which he fell.

Ataya pointed out that after “the achievements of the resistance, and its entry into the battle for Jerusalem, the basis remains to respond to the Zionist aggression,

and to meet the terror of the occupation in Jerusalem, Al-Aqsa, and Sheikh Jarrah neighborhood, and its aggression and barbaric bombing that targets civilians in Gaza Strip, with more resistance to defend our land, our Jerusalem, and our Palestinian people. The equation of calming versus calming is no longer acceptable, and the presented equation today is the equation of calming in exchange for Jerusalem. ”

And about the role that the so-called axis of resistance plays alongside the Palestinian resistance, Ataya said that “the victory of the Islamic revolution in Iran shaped the strategic depth of the successive victories on the axis of global arrogance, starting from the American administration, to the Zionist entity, which is still penetrating our Arab region and our Islamic world.

He added: After those long decades of darkness the dawn light lit up,the light of this revolution shone throughout our Arab and Islamic world, Joy pervaded all vulnerable in the world, today we see the achievements of this Islamic revolution, which the martyr Dr. Fathi Shikaki considered an example of the success of his vision that Islam is the only solution that is consistent with the nation’s aspirations and hopes, he provided an explanation for this idea in his book, which was published forty-two years ago, and he was a pioneer in studying this revolution and its dimensions, he mentioned the importance of its role and its impact on the whole world. The leadership of the Iranian revolution provided absolute support to Palestine, and to all resistance forces and movements in the region, what hindered the Zionist and American project, and strengthened the resistance project.

The Islamic Republic is considered the backbone of resistance axis in facing the axis of injustice and arrogance, which will be definitely defeated, God willing, what leads to the removal of US military forces from the area, and to the liberation of Palestine and all occupied Arab lands by the Zionist enemy.

Around the Yemeni role in supporting the Palestinian cause and the call of Anssarallah for a donations campaign to the resistance, as well as announcing readiness for any developments in Palestine, Ataya said:

The Yemeni people have always made us accustomed to standing by the Palestinian people, he does not fail to support him and show his strength to participate in the liberation of Palestine and the support of its proud people. Although the dear people of Yemen have been facing the infernal war machine for years, however, he never failed to support the Palestinian people, and he went out with hundreds of thousands in demonstrations in support of our people, and was ready to announce the public mobilization when the caller to jihad was authorized to march towards Palestine and participate in its liberation from the enemies of our nation. All greetings to this proud and loyal people.