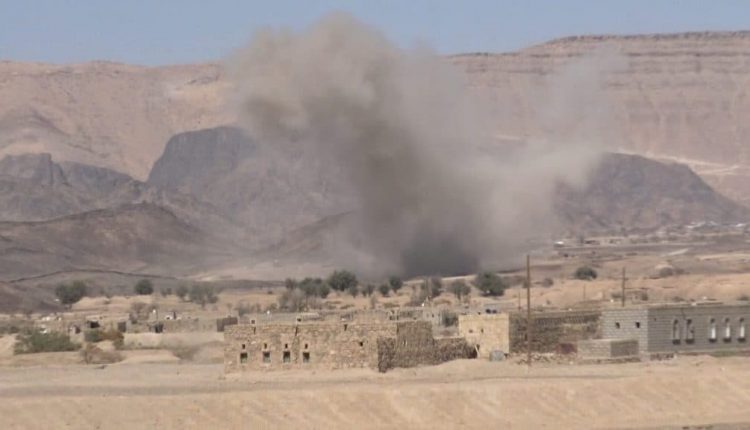 
About 25 air strikes hit on Friday various areas of Marib province, according to a security official in Sana’a government said.

The official said that the Saudi-led coalition warplanes launched 19 strikes on Serwah district, and 6 others on Medghal district in the province.

Additionally, the strikes left citizens’ properties and damaged to farms.