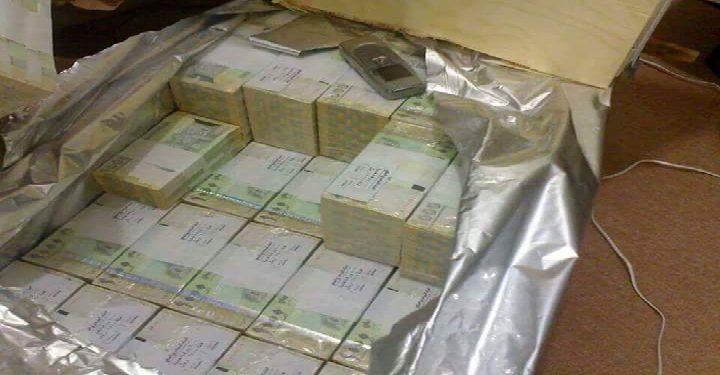 
Sources in the Central Bank of Aden revealed dangerous Saudi arrangements targeting the local currency significantly during the coming period; this indicates Riyadh’s efforts to search for papers to wage an economic battle after losing the war on Yemen militarily and with the approach of Marib fall.

Sources said that Saudi Arabia is preparing to print about one trillion riyals from the new currency, this could cause a doubled triple breakdown to the Yemeni riyal, which collapsed in 2016, after the coalition’s decision to transfer the central bank from Sana’a to Aden, after Hadi government printed nearly half a trillion riyals from the currency out of cash coverage.

The new Saudi move would jump the exchange rates in the coalition-controlled areas in southern and eastern Yemen from 950 riyals to about 5,000 riyals per dollar, according to economists’ expectations.

This step may not affect “Houthis” who succeeded more than two years ago in protecting their areas by fixing the exchange rates at a barrier of 590 riyals per dollar, not to mention what Marib will achieve in terms of economic returns if Saudi Arabia takes the new decision, but it will represent a heavy blow to “legitimacy” whose regions are witnessing a state of tension in light of the increasing collapse for currency and the rise in food prices, not to mention the great impact on fuel prices.

Arrangements are still underway, amid reports talking on Mouin Abdel Malek, Prime Minister of Hadi’s government waving his resignation, considering that move destroys the project of his government, which is trying to appear strong. It is trying to regain its strength after more than a decade of corruption and looting.

Rallies in Sanaa, Other Provinces in Solidarity with Al-Quds