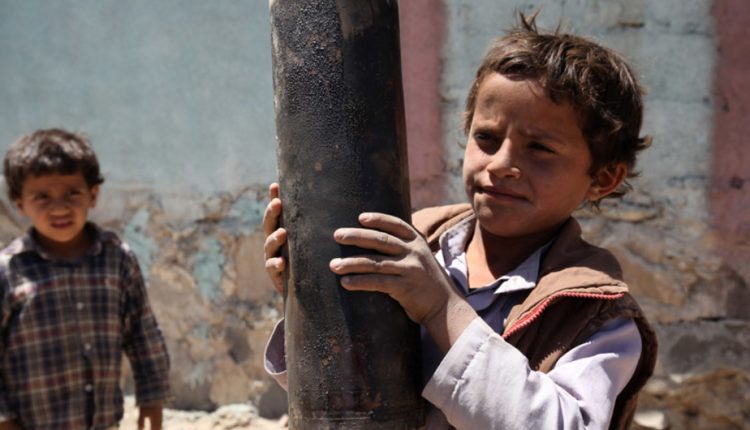 Among these, more than 16 million men, women and children are going hungry this year, “tens of thousands of people are already living in famine-like conditions, with five million just one step away.”

In a press conference, Dujarric said: The outbreak of COVID-19 is on the rise, according to reports, hospitals and health facilities are refusing to accept patients, because of the limited available resources to treat them.

He considered that the rainy season, which began and caused floods in recent days, affected more than 22,000 people, most of them were displaced people living in   inappropriate shelters.

And the United Nations spokesman added: Relief agencies need $ 3.58 billion to repel major famine, respond to the outbreak of Covid-19, and meet the other urgent needs required for this year. However, to date, the amount was funded at only 34%.

He indicated that the relief operations in Yemen were helping 14 million people per month; this number has now decreased to 10 million people a month, in particular, because low funding.

The UN Secretary-General’s Special Envoy to Yemen, Martin Griffiths, concluded a week-long round of meetings with a group of Yemenis, regional and international followers in Saudi Arabia and the Sultanate of Oman, this is in the context of efforts to reach a ceasefire nationwide.

Griffiths confirmed in a statement that he would continue to interact with the conflict parties and all stakeholders, actors to find common ground to push peace effort forward.

Worsening Humanitarian Situation in Yemen Must Be Alleviated: UN Envoy