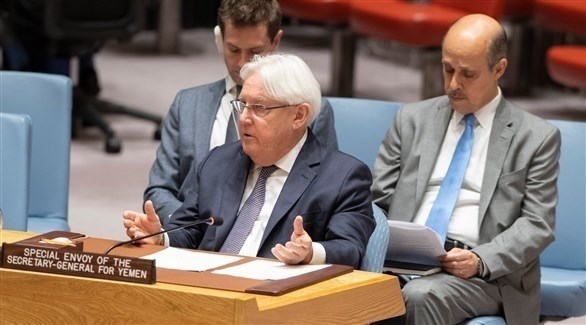 
The international envoy to Yemen, Martin Griffiths, officially admitted, the failure of his efforts to push for peace process in Yemen, in a move interpreted that the man who started his mission in 2018 and has not accomplished much surrendered

This came in a statement issued by his office in which Griffiths said that during the last week he had held a series of meetings with those concerned and interested in Muscat and Riyadh, as well as other regional and international parties, expressing his regret over the failure of these efforts.

Griffiths explained that attempts to reach a ceasefire agreement in this country, which has been subjected to war and siege for seven years, “it is not where it should be”, a clear indication that all efforts have faltered.

However, Griffiths said that “the internationally supported discussions on reaching a solution continued for a whole year,” stressing that reaching an agreement in Yemen is still elusive.

Griffiths was on a final round in recent days to make progress, in the context of international and regional parties’ efforts to freeze the battles in Marib, before holding a meeting with his American counterpart in the Jordanian capital, Amman.